November 18, 2018 Sports, unitedstates Comments Off on 3 takeaways from Notre Dame's 36-3 rout of Syracuse at Yankee Stadium as the Irish head into USC week 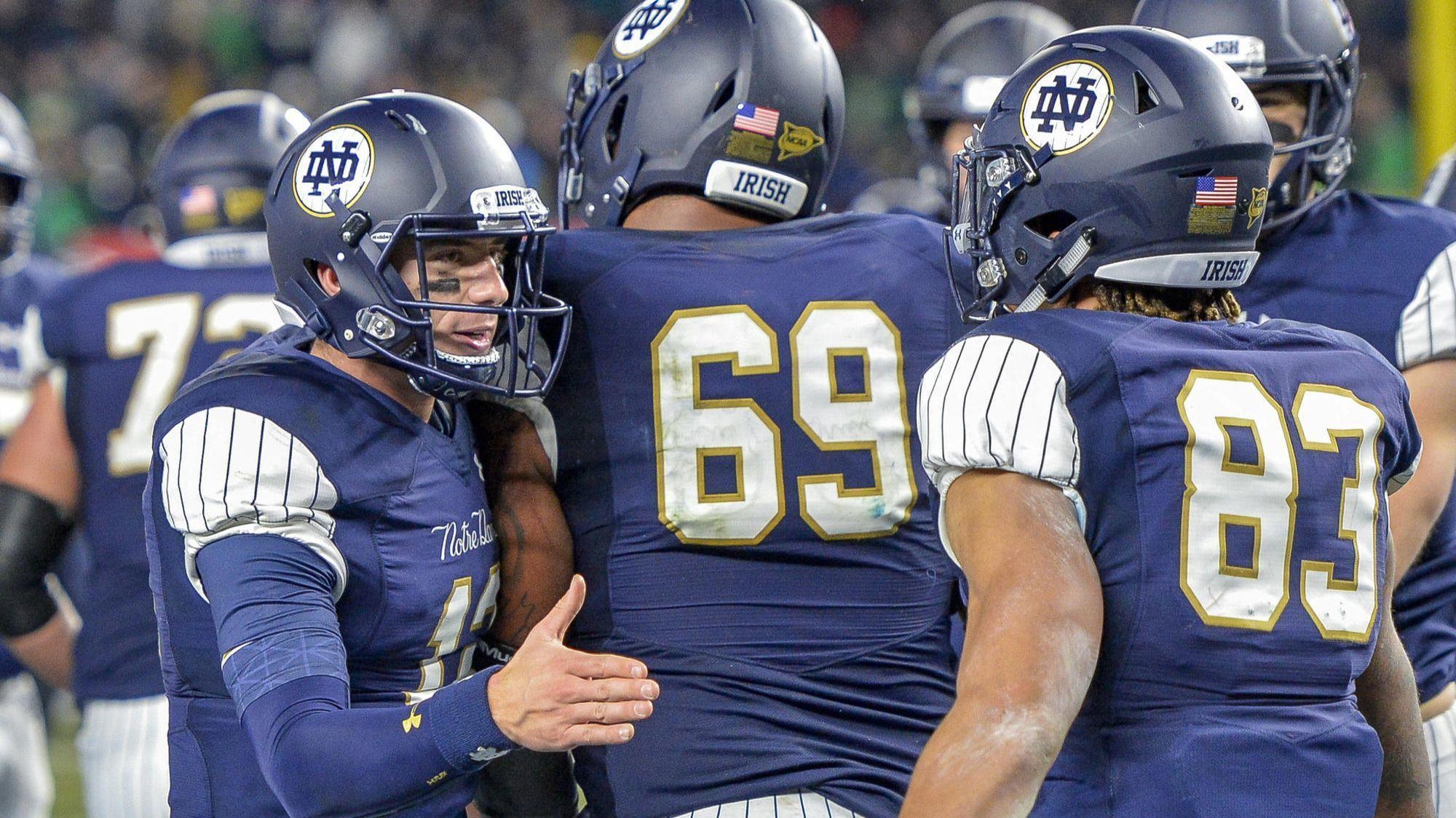 Everyone knows what comes next for Notre Dame – and that a playoff berth is at stake.

First, here are three takeaways from a 36-3 victory that was so dominant, Syracuse coach Dino Babers admitted afterward he was not sure of the final score.

1. The players will take the right approach.

"They love playing together," Kelly said. "It's a brotherhood they have built. Look, most coaches will tell you that if you walk into the locker room and you see a group of guys that hang out together and care about each other, you've probably got a good thing going. It does not guarantee you're going to win 10 games. But it does guarantee you will probably do some really good things at times. "

The trip to Los Angeles will mean a little extra to quarterback Ian Book, who is from the Sacramento area but has family in Southern California.

"We're all excited to play in some good weather," he said.

"It's not going to be bad blood, but it will be highly competitive," Claypool said. "A lot of guys come here so they can beat SC."

One quick history lesson: In 1996, Notre Dame was 8-2, ranked 10th and a massive favorite heading into the season ender at USC. The Trojans were 5-6 and coach John Robinson was on the hot seat. "We will not be flat," Lou Holtz promised. "It's the Southern Cal game. Enough said. "

They were flat. And in part because of a late missed extra point, the Irish lost 27-20 in overtime. It turned out to be Holtz's last game at Notre Dame.

Notre Dame's quarterback is so chill that when asked in what ways his life has changed since becoming the starter eight weeks ago, he replied, "Nothing much."

Kelly said Book was a bit rusty against Syracuse after sitting out the Florida State game with a rib injury, mistiming some of this throws. Book hit on 23 of 37 for 292 yards. His only obvious faux pas came after he tripped over a lineman's foot and flung one into the end zone as he was falling. It got picked off.

"On the football field, I have not seen him get rattled," Kelly said. "He is really steady. Takes the information, processes it very well. "

Then Kelly told this story: Book lost weight during winter conditioning after his freshman season. As a penalty, his group was in danger of losing points. So he put a 10-pound plate in his shorts.

Matt Balis, Notre Dame's director of football performance, busted him and made him run.

Kelly could not believe it, telling Book: "I mean, like, an 8-year-old does that."

"He's going to hate that I told it," Kelly said. "But he got rattled that day … that's the only time I've seen him get rattled."

3. The defensive backs were exceptional.

Only seven FBS teams had outscored Syracuse before Saturday. The Orange surpassed 400 passing yards against North Carolina and N.C. State and went for 250 against Clemson. Notre Dame held them to 115, 53 of which came on their final meaningless drive.

"He was all over the field," Kelly said. "His play was infectious because he was outstanding on special teams as well."

"We called numerous passing combinations where everyone was covered," Babers said.

USC is a decent passing team. Freshman quarterback JT Daniels lit up UCLA for 337 yards, going 20-for-34, in the Trojans' 34-27 loss Saturday.

"We're so excited," said cornerback Julian Love, Notre Dame's all-time leader in pass breakups. "It's my favorite time of year. Thanksgiving is coming around and we're ready for one last battle in the regular season. "