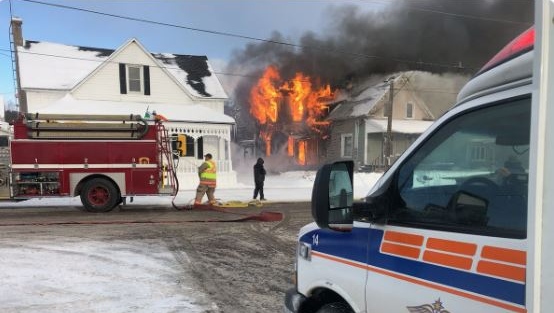 Two of the oldest homes in Eganville were destroyed by fires.

Fire Department Bonnechere Department responded to a fire at a house on an afternoon John St. Wednesday. It will be distributed to a nearby home for a few hours.

Fire officers say there was a wind solution and cold temperatures made it difficult for firefighters to fight.

Eganville Leeder reports that the two houses were before 1900, and some of the original houses were in the town.

No one was injured.

BREAKING: John St. has a big fire in Eganville still burns. The Chief of Teine Valley Bonnechere says one house has been destroyed. High winds cause the flames to be distributed to the house next door and that home is now fully involved (By permission: Mellissa Kilby) pic.twitter.com/ohdO0X8TAb