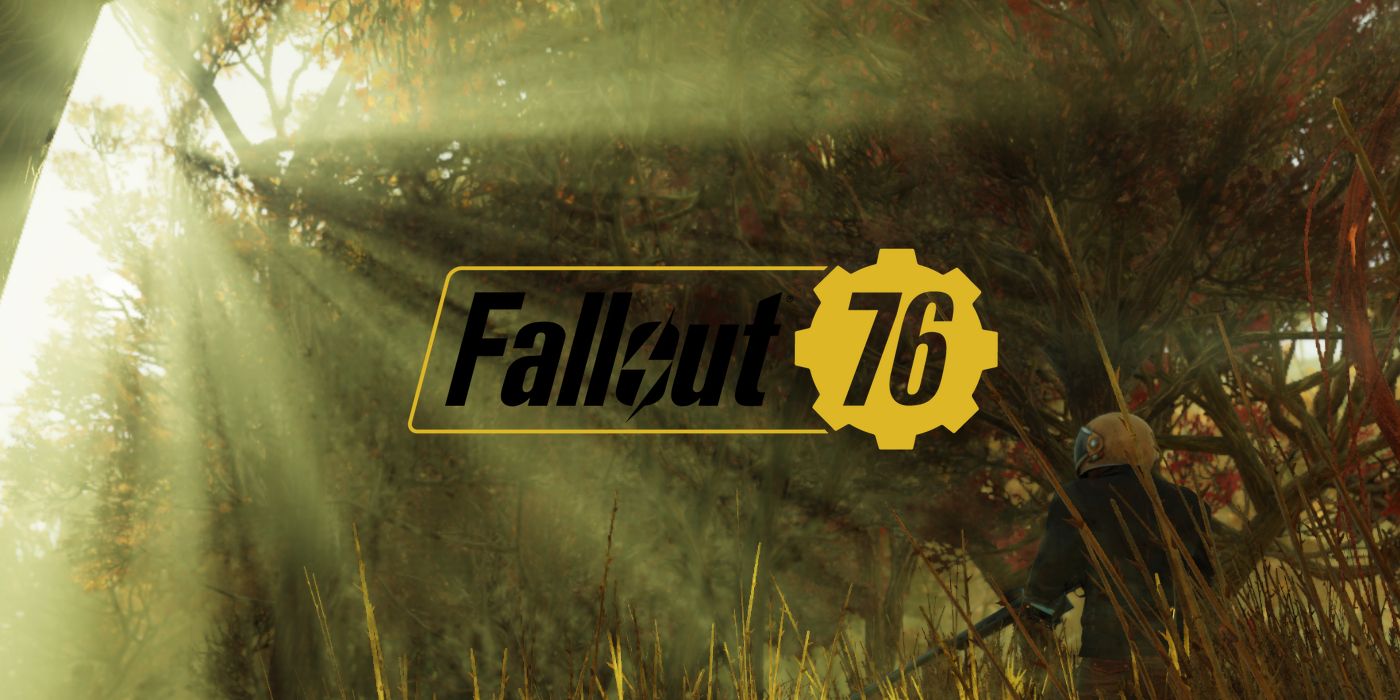 Much like the Super Mutants featured throughout the series, Fallout 76 is a bizarre science experiment with often destructive results, but its function as a story creation engine is virtually unparalleled in this year of gaming. It's unlike most anything else in the instanced multiplayer genre, though its comparisons to the comfort-food-like pleasure derived from modern Fallout games is immediately apparent and consistent, meaning that it will definitely scratch the itch for those previously bitten by the Bethesda bug in the past. There are unprecedented joys in the expansive possibility space of Fallout 76, at least during those times when its inner workings are functioning properly.

Fallout 76 is a prequel within the series' timeline, with players taking on the role of a Vault 76 dweller in Appalachia (West Virginia in all but name) surviving in a diverse wilderness that is begging to be faced and conquered. Exploration has always been a key part of the Fallout series, and Appalachia's six different named regions provide a sense of characterful variety that has never been apparent in the franchise's previously presented locales based on DC, Las Vegas, or Boston. Ash Heap is a burnt out, smoke-choked and embered husk which brings to mind the real-life story of Centralia, PA, and The Mire is a dangerous gas-hued swampland of damaged huts and survivalist bunkers that is convincingly terrifying, especially at night. The largest and central region surrounding Vault 76 is starter area The Forest, full of autumnal woodland and sloped hills with towns in the valleys between. All of these biomes are dotted with Fallout'S most familiar types of structures (and a few new ones) awaiting methodical excavations: factories, watchtowers, research labs, raider camps, medical centers, dank caves, irradiated mines, and so forth.

After busily creating a character and running through the game's meager tutorial, players stepping outside of Vault 76 are greeted with the most colorful Platonic emergence of any Fallout game. The trees feature a range of orange browns dappled with sunlight, grass tufts penetrate pavement and broken footpaths, and Mr. Handys parrot repeated phrases. It's a strange moment, made all the stranger if the audio happens to be busy with other players chatting, belching, or yelling at their wailing children on live mics. Is it immersion-breaking? Possibly, for some, which is reasonable, but these unwashed masses are here to stay, 24 per server instance. Maybe you'll run into these exact voices again in one, ten, or forty hours from now, perhaps as friend or foe, but more likely as a stranger ship passing yours in the night.

The multiplayer aspect of Fallout 76 diverts single-player wanders much less frequently than gamers might expect. It's entirely possibly – likely, even – that you'll pass five straight hours of battling mutated fauna and babbling zombies without another player appearing in sight. A quick trip to the map screen shows blips wherever other survivors are dawdling or pursuing their objectives, and fast-traveling to a nearby location to engage them is certainly doable. Players can choose to chase strangers like a stray puppy following their hopeful new owner back home, but this level of aggressive friendliness seems outright rare. More often, players who choose to go alone are off on their own isolated business, teams of friends are playing with their teams of friends, and rarely the twain shall meet for extended periods, but there's potential for rare encounters when the stars align.

This is the thing, though: it's hard to definitively say that Bethesda's multiplayer component – however half-baked and low-stakes it might seem – is poorly implemented, exactly. Players journeying alongside good friends are experiencing new aspects of the world together, experiencing unseen terrors and frantic battles, dying to a fearsome Scorchbeast (possibly the most alarming creature in any Fallout game to date) interrupting their stroll through a pitch-black forest. They're ecstatically yelling into mics one minute, calmly comparing inventory and stash limits the next, asking each other to hold on just one second while they finish exploring an overlooked room. Even playing through the bulk of the game with just a single other player beside you most of the way completely re-contextualizes what a Fallout game can meaningfully accomplish, and how incredible it feels to discover secrets together, beat collective heads against a challenging side quest, or share intel in relaxed chatter from the comfort of their C.A.M.P. cabins as you each build ammo and repair armor in preparation for the next objective.

Speaking of the C.A.M.P. system, it takes the base-building aspects of Fallout 4, compartmentalizes them into a mobile and modular campsite, and provides numerous ways to plan out a fortress home. It's also buggy, vulnerable, meaningfully limited, and sometimes completely dysfunctional. C.A.M.P.s can not be placed too close to locations and structures, except when they can, and will automatically reappear when rejoining a server, except when they will not. Manufactured turrets can fire on enemies (being AI creatures or the rare antagonist player), except when they do not react at all, and a resourceful griefer can lay an entire C.A.M.P. to waste if they so desire.

Most of the time, though, they'll just stop by and say hello, politely use one of your workbenches, access their stash, then leave. The PvP aspects of Fallout 76 are abstract and casual at best, and require a kind of handshake-in-practice to successfully engage, either by retaliating against an attacking player (somewhat reminiscent of the dueling system in Borderlands) or by tuning in to the Hunter / Hunted radio station on your Pip-Boy for opt-in combat. For most it does not seem worth the bother, especially when the rewards amount to a portion of a player's junk scrap as meager spoils.

Rarely has a game ever leveraged junk collection and rummaging through containers to such relentless ends. It's not mindless, though, and safely inhibited by the game's inadequate and torturous carrying and storage limits, which has prompted Bethesda to promise better storage options in the future. The UI of the game itself has also come under fire from players, and for good reason – it's a decrepit and tiresome system of unfurling menus that never feel competently presented, and make finding a particular item in the heat of action a fool's errand.

Eventually, though, the rhythms of scavenging take firm hold. Specific resources serve specific purposes, and the inventory limits confront typical RPG hoarder tendencies and vigorously tamp them down. Need to repair that favored weapon before exploring the deeper reaches of The Mire? You'll need adhesive, aluminum, and probably lead for good measure, and scavenging a nearby mine reveals dozens of genuinely unnecessary trash; just walk past them and leave them to rot. Smart players soon learn what scrap is best for certain builds and situations versus what needs to be ignored, and a sudden cache of military-grade duct tape in a garage can prompt an audible sigh of relief. These moments of player growth, which transcend RPG conventions like mere experience points and levels, are part of the unique Fallout 76 education, and feel appropriate to the survivalist role.