A labor union says a 46-day strike by Marriott hotel workers in Boston is over after workers ratified a new contract agreement.

To the eruption of cheers, union officials announced that 677 voted in favor of accepting the new contract, with nine voting against. 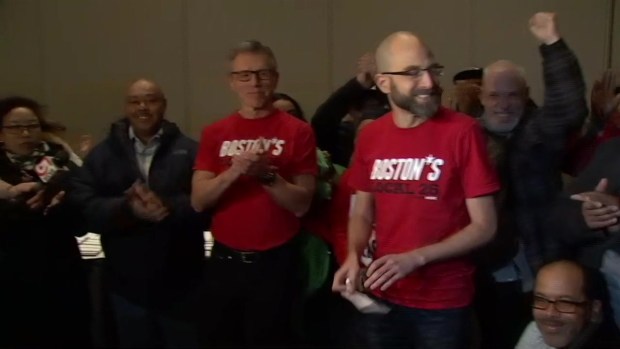 "This victory is a testament to our members' strength and tenacity. Hotel workers stood strong for more than six weeks in the wind, the rain, and the snow, up against the largest hotel company in the world. It was a hard fought victory, but in the end, Marriott showed leadership and listened to our members' concerns, "union president Brian Lang said in a statement." From Day 1, we've encouraged Marriott to use their leadership in the hotel industry to make jobs in their hotels enough to live on, and today's settlement goes a long way for Boston workers. "

Details were not released but union officials say the agreement provides historic job security protections along with a wage and benefits package that significantly raises the standard for hotel workers struggling to survive in one of the most expensive cities in the US.

On Oct. 3, more than 1,500 union workers went on strike at seven different Marriott-operated hotels across the city as they called for increased wages and a salary that allows them to be able to live in Boston, rallying behind the slogan "one job should be enough . "

Unite Here Local 26 had urged the public not to cross picket lines and received support from Boston Mayor Marty Walsh and Massachusetts Governor Charlie Baker. Boston City Council passed a resolution calling all city employees to not patronize Marriott hotels while workers were on strike.

Organizers called it the city's first-ever hotel strike and say it has led to the richest and most economically progressive contract in Local 26 history.

The union added that further details of the contract will be shared after the more than 5,000 Marriott workers who are still on strike in San Francisco and Hawaii reach agreements to end their strikes.