Amazing numbers about our army: a large number of dead people during military service

November 22, 2018 slovakia, Slovensko Comments Off on Amazing numbers about our army: a large number of dead people during military service 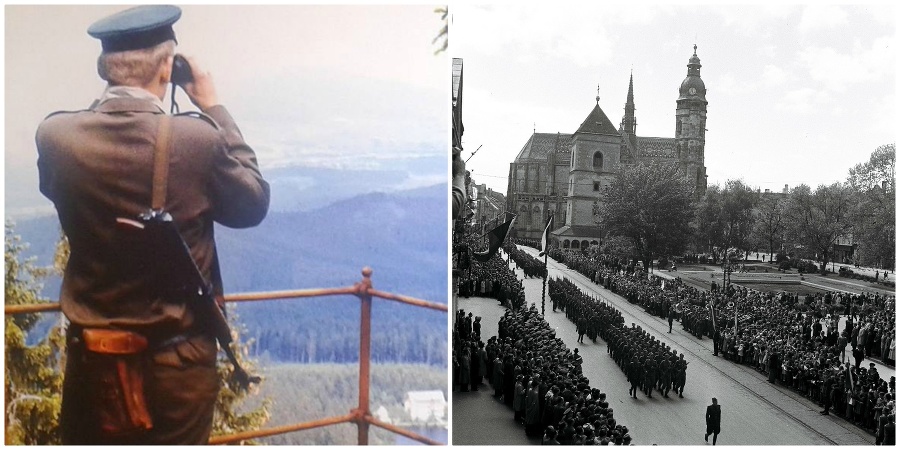 But the number of deaths, however, was even fierce for the Soviet Army. The soldiers did not kill in combat, but in normal training, traffic disasters, drills and other events related to military service. Much of the army has also killed him. Although anyone who was behind socialism in a basic military service met, directly or indirectly to a tough event, historians even did not expect many of the registered deaths.

For example, in the 1966/67 training year, only 278 soldiers lost military service. There was no such thing. "Since the early 1960s, the number of deaths in the army has been more than two hundred years a year, almost every year." historian Prokop Tomek of the Army Historical Institute said in an interview for info.cz.

In the army archives, he discovered the amazing events called the name in the army from 1964 to Velvet Revolution. "Unfortunately, I do not have older statistics, but I can think that there were not many populations in the 1950s," following Prokop Tomek.

In the training year 1964 to 1965 (expected from September to September), 237 soldiers died and died; suffered 429 injuries. In the following years, there were 281 dead (374 wounds), then 278 (397) and 268 (453). "There were less than two hundred deaths in 1972," Tomek said. And possibly due to enhanced security measures within the Czechoslovak People's Army, the number of tough incidents with deadly effects has fallen steadily.

In the 1984/85 training year, 103 men did not return home, in 1988/89, just before the outbreak, there were 50 victims of these incredible events. But it does not change the very high number of dead soldiers in socialism. "Throughout the period from 1969 to 1989, I counted 2799 killed and 3146 seriously injured," Tomek said. On average, 140 soldiers died annually for the final two decades of socialism in the wars. If the figures from the 1960s were added, the number of deaths since 1964 had increased to 250 per annum.

Czechoslovak People's Army (ČSL) amazing events statistics do not make a difference whether a professional or "base" soldier called a slave of a basic service was killed. Generally, however, it is assumed that it was the death of the locks; in most cases. In the Chzechoslovak Republic there were 200,000 people, and 61,000 were "professional" soldiers. The rest were members of the military service two years. Sub-graduates, after completing the armed division called, went to war for one year.

Death causes in incredible events of a different nature. From traffic disasters to fire, with unintentionally handled injuries or fatal casualties during field training. Some of the soldiers took their lives voluntarily. However, in many cases, there was a long division of family or lover and the subsequent challenges. Many of their self-killings also included bullying among soldiers. "On January 12, 1972, Luděk K. 1. Regiment of chastisement 1. Division of tank, self-kill by gungun of guns on p. Habitats, deceitfulness, and possibly bullying," is written in one of the thousands of archive reports of an amazing army event.

Arch archive statistics are not Tomek made a difference between total slaughter and attempted to kill himself. The two options are in one box. Despite this, they are the terrible numbers that tell us about the atmosphere in the Czechoslovak People's Army then. In the 1965/66 training year, he killed or attempted to kill 192 soldiers voluntarily.

Although the number of deaths in the Czechoslovak Socialist Party has declined considerably since the overall system fell, the data clearly indicates that the service in the Communist Army was in danger death, statistically much more at risk than today's professional military work. And for many young men, falling socialism and, with that, the end of the socialist "keeping up armed forces" saved life.