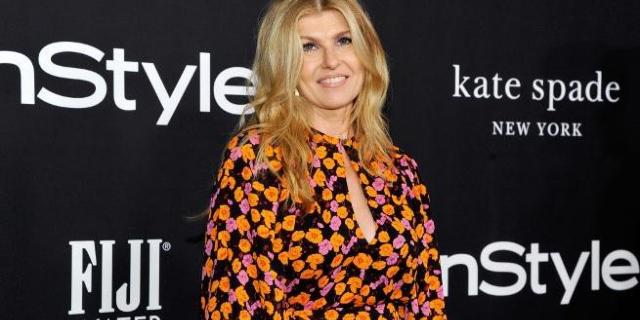 American Horror Story star Connie Britton signed on to play Beth Ailes, the third wife of Roger Ailes in the upcoming film about the late Fox News chief's downfall at the network.

Britton's casting was first reported by The Hollywood Reporter Friday.

The still-untitled movie is directed by Jay Roach, the Emmy-winning director behind the political HBO movies Game Change, The Recount and All the Way, with a script by The Big Short's Charles Randolph. The star-studded cast includes John Lithgow as Ailes, Charlize Theron as Megyn Kelly, Nicole Kidman as Gretchen Carlson and Margot Robbie as an associate producer. Malcolm McDowell will play Fox News Chairman Rupert Murdoch.

The film will tell the story of the women who accused Ailes and other Fox News personalities of sexual harassment, leading to Ailes' resignation in 2016 after Carlson filed a lawsuit. Ailes, who was an adviser for President Donald Trump's campaign briefly, died in May 2017 after suffering a subdural hematoma.

Roach's film was originally being produced by Annapurna, but the indie studio dropped it two weeks before cameras were scheduled to roll. Bron Studios is now backing it, and Lionsgate is still finalizing a deal to distribute it.

While this film is in the works, Showtime is producing a limited series based on Gabriel Sherman's book The Loudest Voice In The Room, with Russell Crowe as Ailes and Naimi Watts as Carlson. The eight-episode series will only include Kelly as a minor part. In a statement to THR on Oct. 30, Sherman suggested that any project putting Kelly at the center of Ailes' downfall is "pure fiction."

Britton will film her role in the Ailes movie after wrapping up American Horror Story: Apocalypse, in which she reprised her role from the show's first season. In March, she signed on to star in Bravo's new anthology series Dirty John, based on the popular true crime podcast of the same name.

The first season of Dirty John It centers on Debra Newell, a single mom who married a man, John Meehan. In 2016, Newell's daughter, Terra, killed Meehan in self-defense. Eric Bana co-stars as Newell.

During a recent panel for the show, Britton said she was fascinated by the story and devoured the podcast after she was offered the part.

"I did not have to be convinced at all, because I was really pulled in by the story," Britton said. "And I was intrigued it had already been pulled into the zeitgeist … I just jumped right in."

Britton is a four-time Emmy nominee for her roles on AHS, The Nashville and Friday Night Lights. This year, she starred in Nicole Holofcener's The Land of Steady Habits on the big screen and appeared in the first season of Ryan Murphy's 9-1-1 on Fox. Her other recent film credits include Professor Marston and the Wonder Women, The Beatriz at Dinner and Me and Earl and the Dying Girl.

While we wait for the Fox News movie, you can check out Britton in Dirty John on Sunday, Nov. 25 at 9 p.m. ET on Bravo. You can watch the first episode at BravoTV.com now.