Apple | The iPhone XS and XR sell less than expected, and Apple rises to the iPhone 10 of 2017

November 22, 2018 Ciencia y Tecnología, peru Comments Off on Apple | The iPhone XS and XR sell less than expected, and Apple rises to the iPhone 10 of 2017 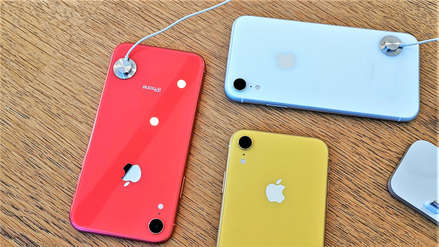 Apple seems to have not run lucky this year, after the presentation of the new iPhone XS, XS Max and XR. This has been the decline in sales of these devices in recent weeks, that the company of Cupertino has decided to re-produce models of iPhone X last year, and revive the interest of users.

The story behind this decision goes through the panels. Apple had hired a minimum stock of OLED screens with Samsung, its main provider. This order has not yet been used as a whole, since the demand for the new iPhone does not get to use that minimum order. To comply with this contract, and to utilize those panels at a lower cost, Apple decided to build the iPhone X again, with the pretext of "higher demand for iPhone X".

As has been evident in recent years, the cost of the iPhone has increased, but that has hit the end user's demand. The sales of the iPhone XR, the "economic" version of the new 2018 line, has been hardly criticized. There are even users who They have chosen to take an iPhone 8, in front of the new proposal of the iPhone XS.

According to the report, Apple seems to be interested in expanding the sales benefit per device, which will reduce the price to raise sales. This strategic move shows us a company that is not willing to yield at the cost of a team that, although it is one of the most powerful in the market, today has a really high price.