November 26, 2018 senegal Comments Off on both Cheikh Oumar Anne and Racine Sy are making sure that their leadership is 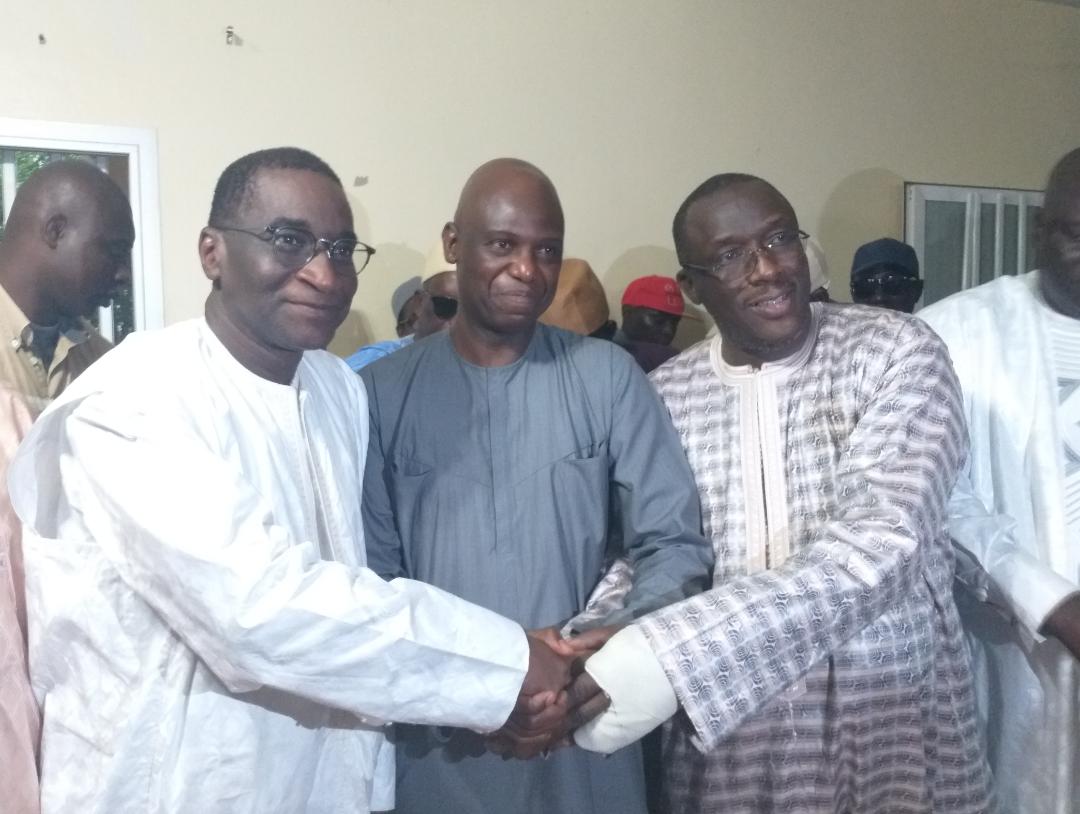 Dr Cheikh Oumar Anne, the New Dynamic CEO of the APR in the Podor division, has been providing Mansour Faye, regional coordinator of Bennoo sponsorship sponsorship, 46,792 signatures, until the collection is to follow. Mamadou Racine Sy, president of ALSAR's move and Ndioum's maid political partner, sent 12,000 trusts on the board. Co-operation of activities known as Mansour Faye.
He was at an event held in the Podor town and was a good motivation to move
With these 58,792 supporters, Sheikh Oumar Anne and her team put a number of signatures to the department that left Macky Sall to 132,000. The 73,208 signatures are to be shared between other directors, including Abdoulaye Daouda Diallo, Mountaga Sy, Moussa Sow "Walaldé", Me Moussa Diop, Ibrahima Abu Nguette, Mansour Elimane Kane, very closely with the Director of Academic Work Center in the Dakar (COUD).
Sheikh Oumar Anne, who received a warm welcome from the president of the ALSAR movement, welcomed the "workless work" that Racine Sy does for all parts of Podor's population, for the re-election of the head of state.
By adopting an inclusive approach, members of New Dynamics are honored and respected to local party activists.
New Dynamics of Podor has respected the people. His only fight is the resignation of President Macky Sall, from the first round, on the afternoon of 24 February 2019.
There was a strong group with Sheikh Oumar Anne, composed among others, Mamoudou Dème (Mayor of Golléré and BNDE PCA), Mamadou Bocar Sall (town Mayor of Guédé, the largest town in the Podor and 2nd division in Saint Louis, Mamadou Amadou Sow (Maor na Guédé site), Aliou Gaye (master of Fanaye), Thierno Ndiaye (master Gamadji Sarré), Mamadou Bachir Sall (master Dodel), El Hadji Malick Gaye, Master Niandane, deputy minister, Karass Kane, former PCR of Fanaye, Thiam leasor, Rougui Ly, representatives of Arouna Gallo Ba.
Vox Pop