Buy value of VND1.7 billion worth of fishing boats for illegal travel through Australia Laws

November 20, 2018 vietnam Comments Off on Buy value of VND1.7 billion worth of fishing boats for illegal travel through Australia Laws 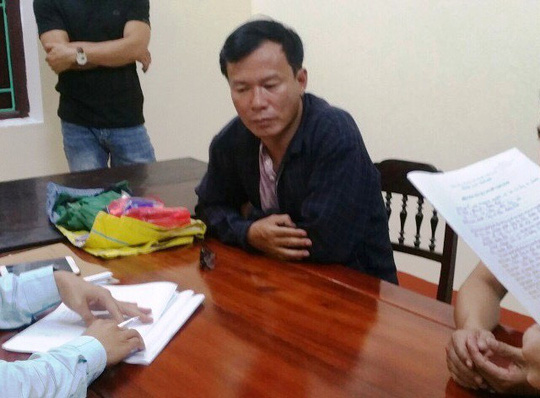 According to its first survey, in June 2018, Chau and Kien were in a position; Talk about buying fishing boats to cross the border to Australia to do business. Then, they agree QB 912.69 to buy TS for 1.7 billion to implement the plan.

However, the money to buy a boat is too large, ideas from Chau and Kien come together with more people to buy money for the purchase of ships. As a result, these two were asked to board the proprietors of the ship and another 14. Depending on the relationship between Kien and Chau between 100 and 150 million.

On July 29, a group of 17 people from the Da Nang port to Australia came. On the way to Chau and Kien, the cost of each is 150 million. In particular, the cost of shipping ships is 1.7 billion, the other costs are 800 million.

On August 25, a boat was transported by 17 people in Australia. When the convoy is on its way into the Australian mainland, the police were kept, detained and removed to Vietnam.

When it was taken to Vietnam, Tran Ngoc Chau fled to avoid the arrest of the police. On November 17, he was arrested by sheep when they were hiding in Thua Thien – Hue province.