Centennial building falls at gas, Promoting closure in a part of Fredericton

December 5, 2018 canada Comments Off on Centennial building falls at gas, Promoting closure in a part of Fredericton 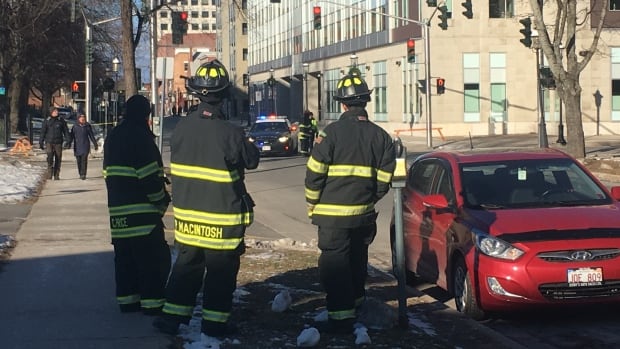 An area in Fredericton was defended after a gas crash at the Centennial Building building on a Wednesday morning.

Alycia Bartlett, a spokesman for Fredericton Police, said the police and fire teams responded to the area just under 9 a.m.

Sara Gourley, a speaker at Enbridge Gas New Brunswick, said teams on the site were responding to the event.

"Their first priority is to make the situation safe," she said. "That means going to set a gas stream to allow the necessary repairing teams to the line."

In an e-mail to CBC News, Gourley said she had no information about what caused the gas to fall.

The Centennial center building is being built but Bartlett said a "number" of properties in the area is brought to more information, including all the legislation and offices in the statutory center.

The Chancery Place building on King Street was also removed.

The surrounding buildings around the Centennial Building are now being removed. @CityFredGov @cityfredfire

A Sustainable Committee on the Economic Policy that was recorded within today's legislation was erased and re-scheduled for Thursday morning.

Failure failure officer at the Brunswick and St. John pic.twitter.com/kGgrmUeu1E

Bartlett said that people are advised to stay outside of the streets of the Queen, the Rule, St John and Brunswick.

The Crowne Plaza on Queens Street has not moved away but at least 100 people are required from their office buildings; stay there until they can go back to work. 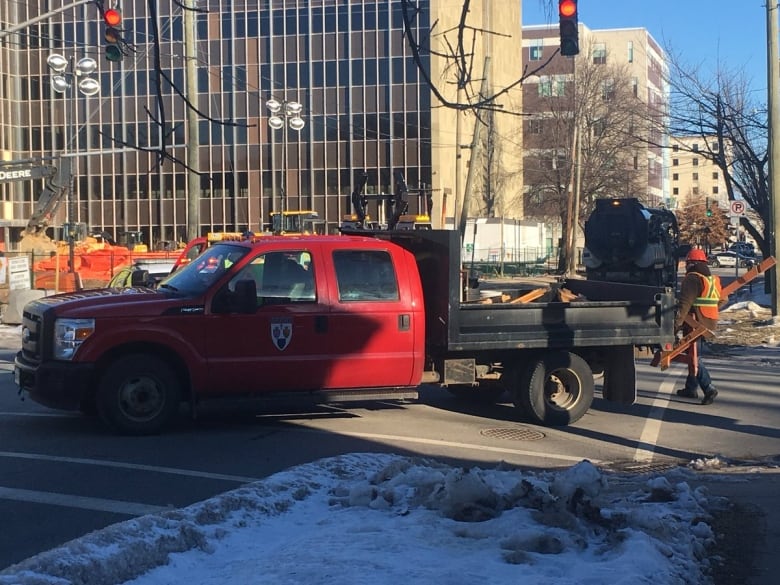 The police and fire teams respond to a gas solution on a Wednesday morning in Fredericton. (Hadeel Ibrahim / CBC)

Research is currently going on. Bartlett said she does not know when the area is clear.

The Centennial Building, opened in 1967 at St John's and King's streets, was designated as a heritage building in New Brunswick.

The building is part of a restoration project that includes a new courthouse.

The court house will be completed in March 2020 and the Centennial Building in March 2021.