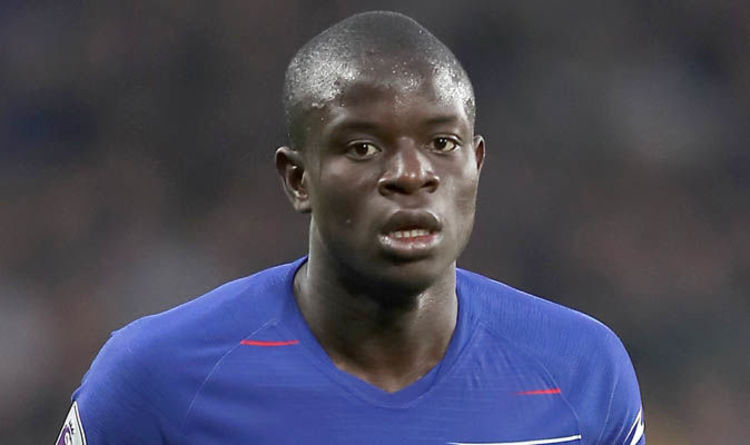 Chelsea beat Manchester United to Kante in the summer of 2016, with the France international since enhancing his reputation as one of the Premier League's most consistent performers.

The 27-year-old midfielder helped the Blues win the Premier League title last year and, having played a key role in France's World Cup triumph, his stock has never been higher.

Chelsea are eager to tie Kante down to a new contract, with the midfielder's current deal expiring in 2021.

Yet Caught Offside have sensationally claimed Manchester United have sounded out the player's entourage for talks about a potential transfer.

It is claimed that Jose Mourinho is unhappy with his current midfielders.

Nemanja Matic's worrying form has given him food for thought, with the Serbia international currently stuck in a rut.

Fred, who they signed from Shakhtar Donetsk for £ 52million, has struggled.

And both men are reportedly behind Mourinho's interest in signing Kante, two years after he first missed out on a transfer.

Caught Offside claim United have opened talks with the player and are hopeful of signing him.

But it is currently unclear how Kante feels about a move.

United are not the only club eager to lure him away from north London, the report adds.

PSG and Real Madrid would also love to sign Kante from Chelsea at the end of the season.

PSG have a plethora of midfielders at their disposal.

But, with Adrien Rabiot widely expected to leave for one of Barcelona or Liverpool on a free transfer, the Ligue 1 giants may have to dip into the market.

But Kante would be a welcome addition and, potentially, provide more bit to their midfield.