Computers will return it paralyzed people

November 17, 2018 Science, singapore Comments Off on Computers will return it paralyzed people 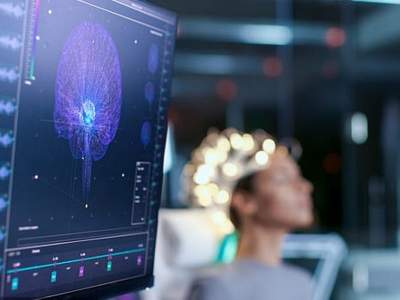 Different areas of the brain come into communication with each other through a combination of electrical impulses and chemical signals.

Can scientists turn thought into speech? Many paralyzed patients hope, as researchers have developed implants that reads the inner voice of the brain.

Scientists are getting closer and closer to create a method of translating thoughts paralyzed and unable to speak to patients in words spoken by the computer. Technology can serve as a bridge between mind and body, destroyed by injury or disease. Such bridges are already lining up to control artificial limbs in people who have gone through amputation. Today they can control the prosthetic hands and even the movements of the artificial fingers just the power of thought, as they did with normal limbs. Bionic eye returns sight to the blind, and cochlear implants allow the deaf to hear again.

However, the process of recovery of speech faces some seemingly insurmountable obstacles and remains a subject for science fiction. The capabilities of the technology somehow relate to the pseudoscience of telepathy. However, the ambitious scientists are already on the verge of creating implants that will interface the brain-computer. These implants will be able to broadcast the voice of the patient's head, who lost his speech. For example, researchers from Columbia University used volunteers electrodes that read their brain's electrical language of pulses. They can be broadcast and turned into a speech.

Processes speech and hearing are concentrated in Broca's area, which is responsible for the voice and inner ear. Wernicke's area controls the selection of words. Scientists hope that through e-listen to the most intimate conversations of the brain they learn to translate these electrical signals into words for the outside world using the computer.