Navy SEAL veteran Dan Crenshaw responded Sunday to the critics who argued that it was a mistake for President Donald Trump to skip Veterans Day ceremonies at Arlington National Cemetery.

During a panel segment on CNN's "State of the Union," Jake Tapper spoke to three members of the House's new class – Crenshaw, a Republican who was elected in Texas, and Democrats Chrissy Houlahan (Pennsylvania) and Deb Haaland (New Mexico) – about Veterans Day and the fact that even President Trump acknowledged that perhaps he should have gone. (RELATED: Trump Concedes He Should Have Gone To Arlington Cemetery On Veterans Day)

Houlahan is a veteran herself, and Haaland grew up in a military family – and both said that they were disappointed that Trump had not visited Arlington on Veterans Day. But Crenshaw, although he did admit he would have liked to see the president there, offered a slightly different take. 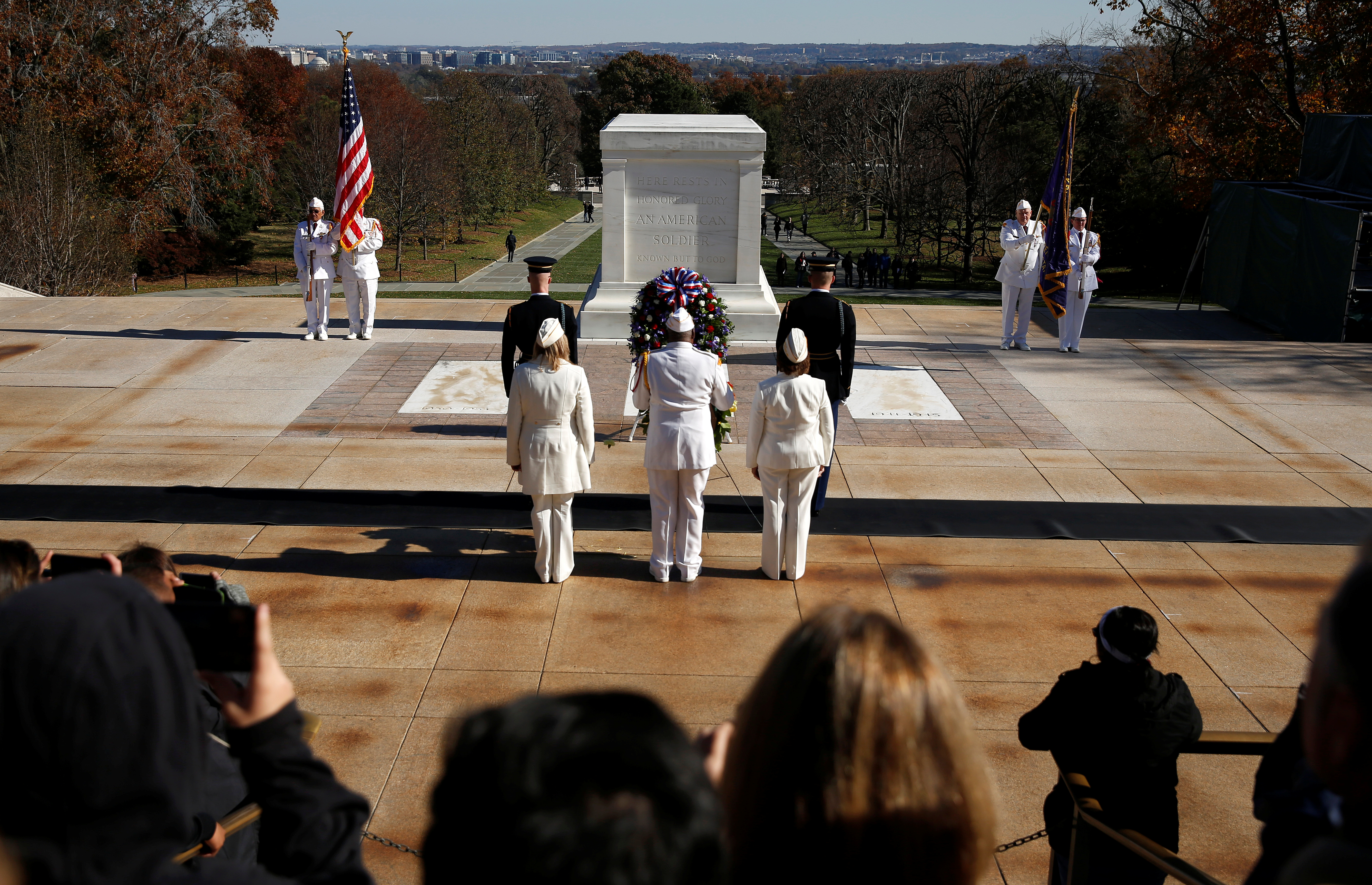 Members of the Veterans of Foreign Wars place a wreath at the Tomb of the Unknown Soldier on Veteran's Day at Arlington National Cemetery in Arlington, Virginia, USA, November 11, 2018. REUTERS / Joshua Roberts

"Well, I've been to Arlington multiple times to bury my friends, at least two funerals there that I've attended and gone back occasionally," Crenshaw began, "I also know the president on a very personal level has treated those gold star families very well and he has embraced them and has been very good to them. I would have liked to see him at Arlington but again, I'm not offended by the fact that he did not go. "

Crenshaw went on to say that what's really important to veterans is not what President Trump does for the sake of optics but what he does in terms of substance.

"I do not think it necessarily affects us, where he shows up to anyway ceremonial fashion," Crenshaw explained. "What affects us is, are you giving us a clear mission, are you giving us the equipment we need to do it, are you raising pay for the military? He has done all of these things. That's what matters to me as a veteran. "