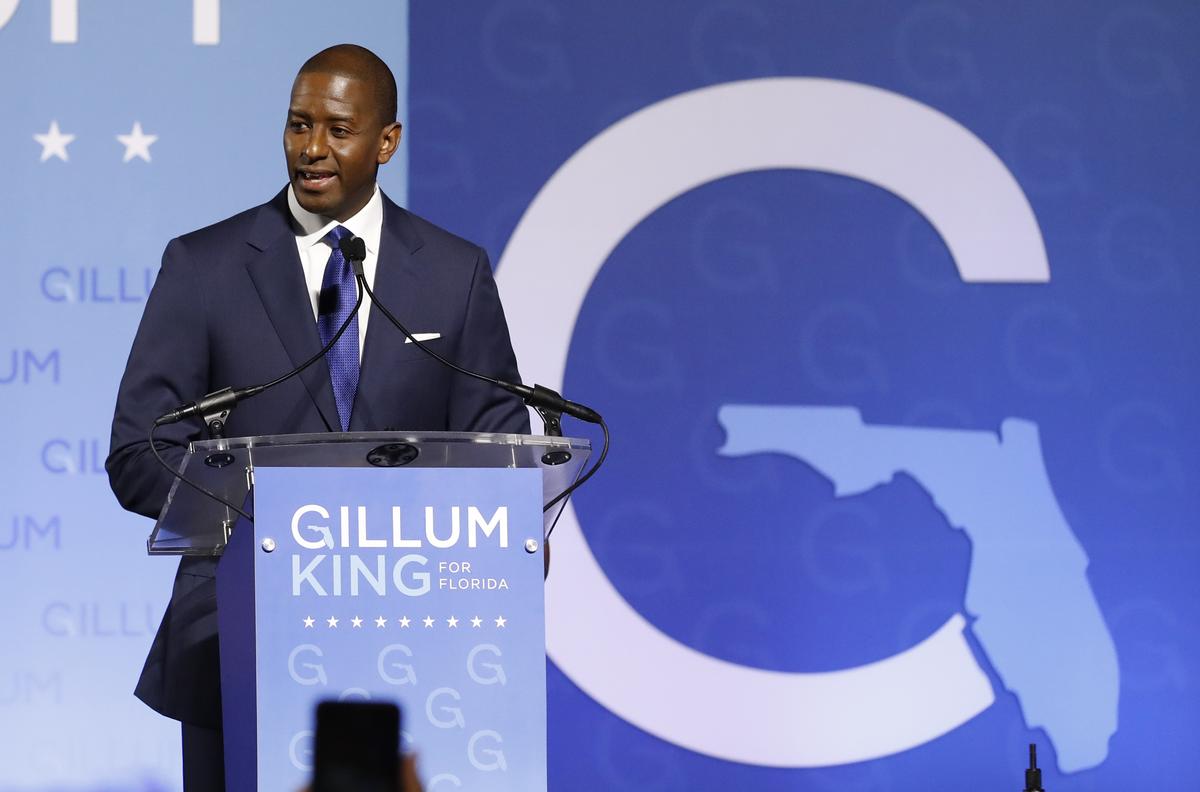 (Reuters) – Democrat Andrew Gillum, who had sought to become Florida's first black governor, conceded on Saturday as a recount of ballots neared its end, and he congratulated rival Republican Ron DeSantis, an ally of President Donald Trump.

Gillum, the liberal mayor of Tallahassee, had initially conceded the race to DeSantis, a conservative former congressman. But Gillum later withdrew that concession when the results were close enough for an automatic recount. On Saturday, he said that process was drawing to a close.

"This has been the journey of our lives. We've been so honored by the support that we've received, "Gillum said in a video statement. "Stay tuned, there will be more to come. This fight for Florida continues. "

DeSantis said on Twitter, "This was a hard-fought campaign. Now it's time to bring Florida together. "

After Gillum initially conceded the contest on election night, his subsequent calls for every vote to be counted echoed similar appeals from fellow Democrat U.S. Senator Bill Nelson.

A recount is continuing in the race between Nelson and his challenger for the Senate seat, outgoing Republican Governor Rick Scott.

That recount has become the subject of an intense political battle with Republicans including Trump claiming without evidence that the process was marred by fraud.

Both parties and their supporters filed multiple lawsuits challenging the process, with Republicans urging a strict standard on which votes were counted while Democrats contested rules that they saw as disenfranchising voters.