Home / egypt / "Masrawy" in the clinic "Doctor Ghalaba": the God of Sakhrni to treat the poor …

"Masrawy" in the clinic "Doctor Ghalaba": the God of Sakhrni to treat the poor … 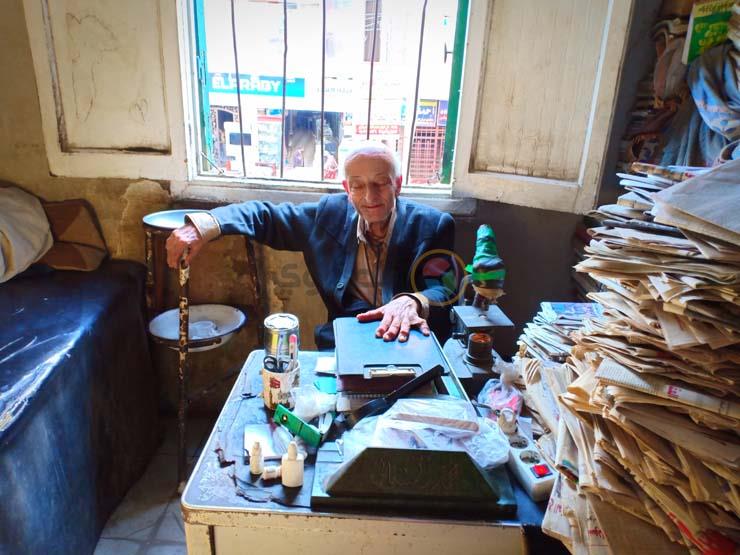 Despite being over 80, he leaves his home in Tanta every day at 8am, walking along to his "famous" clinic beside Mosque Sayyid al-Badawi: "it's fun and strengthened the body. " t

People named him "Doctor Ghulaba", for very low prices, all the doctors around him appear for the doctor, the person does not seek more than 10 pounds, and reaches the rate of doctors at around. T to 400 pounds.

The clinic is in a small house, and although it is only 5 meters wide, it is always full of patients coming from all over the region and sometimes from other areas.

“I came to this world for a special journey, God sent me out, he didn't live in clothes or shape, I never think that it's a luxury car. that I had, which I desired to pass on my mission, which God sent successfully, treating the poor and mercy. "Dr Mashali summarizes his life philosophy.

Mashali said he graduated from the Al-Qasr al-Faculty of Medicine – Eini in 1967, specializing in general medicine. He decided to set up his clinic at that time: "I was looking at 10 health units."

"There is a small blessing that has blessings and I don't have enough. It is true that I pay 10 pounds, but it is an apology every day. At least 200 to 300 will be the same." a case. ” Mashali explains that the income of the clinic is enough to meet its needs.

“The history of people is poor and I live in a country, and sometimes I have a sick patient who is dying because they can't go to a doctor or medicines, and I learned that I can be lenient with these. The Lord mocked me for them. "

Sanaa Saad, a housewife from the town of Qutour, said she had come to Dr.. Mashali with her long children. "Dr Mohammed Rahim is poor, and the drugs she names for children are free, unlike other doctors."

Nabila Mohammed, one of the old clinic clients, explained that she said that although there were a lot of professional and famous doctors in Tanta she had continued to follow her. Mashali, whose family member was going to her clinic: Dr. Mashali Shater, As a child, the whole family is hiding her medicines. '