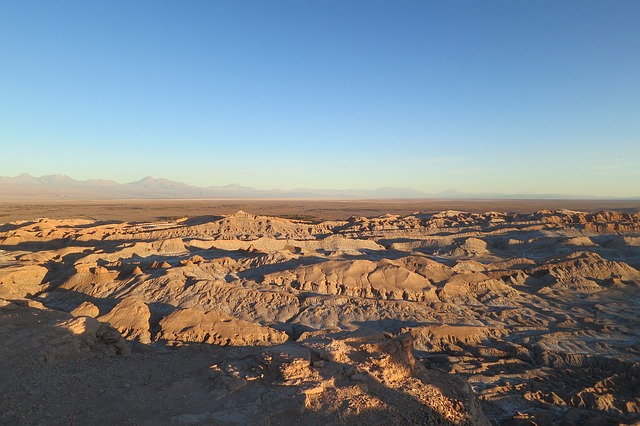 Researchers have found something very bizarre about the driest nonpolar region on Earth, the Atacama Desert. They said that as per their new research has suggested that a rainfall in 2015 wiped out the living microbes and transformed the region completely.

As per, the co-author of this study, which was published in the journal Scientific Reports, Alberto Fairen from Cornell University said in a statement that "When the rains came to the Atacama, we were hoping for majestic blooms and deserts springing to life , "but it did just the opposite and" we found that rain in the hyperarid core of the Atacama Desert caused a massive extinction of most of the indigenous microbial species there. "

He added that "The hyper-dry soils before the rains were inhabited by up to 16 different, ancient microbe species," and after the rainfall "there were only two to four microbe species found in the lagoons. The extinction event was massive."

The research team stated that a sudden and massive rainfall in regions which have millions of years-old hyperarid is actually harmful to most of the microbial species on the surface, as these are exquisitely adapted to survive in the inhospitable conditions. As per the team, the sudden input of excess water disrupts the normal functioning of the microbes via a process known as "osmotic shock."

The first rain in centuries to the Atacama's hyperarid core was caused due to the changing climate over the Pacific and after 2015 the same phenomena took place on June 7, 2017.

However, this finding has provided a wider avenue to explore and understand that how microbial life evolved on Mars, as many astrobiologists claimed similarities between Atacama and Martian surface.

Earlier, scientists said that the red planet has experienced a complex history of global climate changes and almost 4.5 billion to 3.5 billion years ago it may have sustained large amounts of water on its surface. But, year by year due to the change of its atmosphere, Mars turned into a desert-like planet. Even in many occasions, after 3.5-billion-years ago, the transition was interrupted due to enormous discharges of water that flooded regions on the surface.

The authors of this new study wrote that as a result of such events on the red planet, the "hypothetical local ecosystems existing in some places on Mars, and adapted to the increasingly dryness of the Mars surface and subsurface after 3.5 billion years ago, would have been later episodically exposed to even stronger osmotic stresses than those we have reported here for the Atacama microorganisms, "and" the recurrence of liquid water on the surface of Mars after the earliest times might have contributed to decimate local or regional ecosystems, instead of being an opportunity for life to bloom again in the flooded areas. "

While referring the samples collected by the Viking space probes, the team of researchers said, "The negative results obtained with the life-detecting instruments onboard the 1976 Viking landers may find the simplest explanation in the fact that, in both experiments, samples were incubated with various watery solutions. "

"Any potential Martian cells would have not been exposed to such elevated values ​​of water activity for at least millions of years, so their sampling and inclusion in the Viking experiments would have caused first their osmotic burst, and then the subsequent destruction of the organic molecules , "they further added.