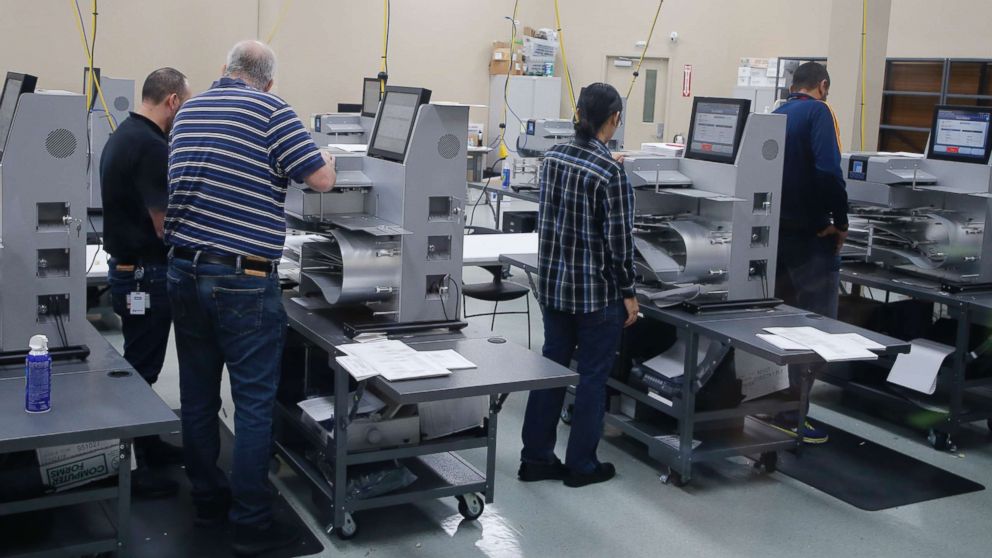 An at-time messy vote recount in the Sunshine State has drawn national attention as officials have had to re-feed ballots through counting machines – and then hand-examine thousands of ballots since Friday.

At one point this weekend, embattled Broward County Elections Supervisor Brenda Snipes reportedly admitted her office may have misplaced over 2,000 ballots in the state agriculture commissioner race recount, a moment that capped a problematic vote-counting process in Broward County.

"I believe those ballots were probably mixed in with another stack," Snipes said Friday, as her staff sought to finalize its agriculture commissioner tally. The Sun Sentinel posted a video of Snipes's comments at a canvassing-board meeting.

Counties face a noon deadline today to finish their recounts and submit final vote tallies to the state.

Heading into this weekend, officials had struggled to complete a machine recount on Thursday. In Palm Beach County, the top election official reported that counting machines had overheated and stopped working. In Broward County, officials failed to upload recount results to a state website in time on Thursday – missing the deadline by only minutes.

Three statewide races had remained undecided in Florida since Election Day – Senate, governor, and state agriculture commissioner. All fell within the .5 percentage point margin that triggers a machine recount of votes, which concluded Thursday.

The races for Senate and agriculture commissioner remained close enough – within .25 percentage points – to require hand-recounting of a subset of ballots this weekend.

A string of setbacks have damaged Nelson's chances of gaining the votes he needs. A federal judge struck down lawsuits to expand considerations of voter intent when examining hand-marked ballots. Another lawsuit, to count ballots postmarked but not delivered in time, also failed in court on Friday. Nelson's lawyers had hoped that more than 26,000 under-votes in Broward County – ballots on which voters marked choices for other races, but not for Senate – would yield extra votes to help the Democrat. But with hand recounting complete in Broward on Friday, Scott's campaign said this weekend that it had obtained results through public-records request, and Broward's recounting had netted Nelson fewer than 300 votes against his opponent.

Both Broward and Palm Beach Counties completed their Senate recounting on Friday.

The Senate recount had been subject to at least a dozen lawsuits, some challenging deadlines and which votes should be counted.

The Florida races have been subject to multiple allegations of fraud by Republicans – including Scott and President Donald Trump, who tweeted that ballots had been "infected" and suggested without evidence that votes had materialized out of thin air and that voters often disguise themselves and vote twice