Food processors grapple with salmonella threat | From the Wire Business

November 18, 2018 Business, unitedstates Comments Off on Food processors grapple with salmonella threat | From the Wire Business 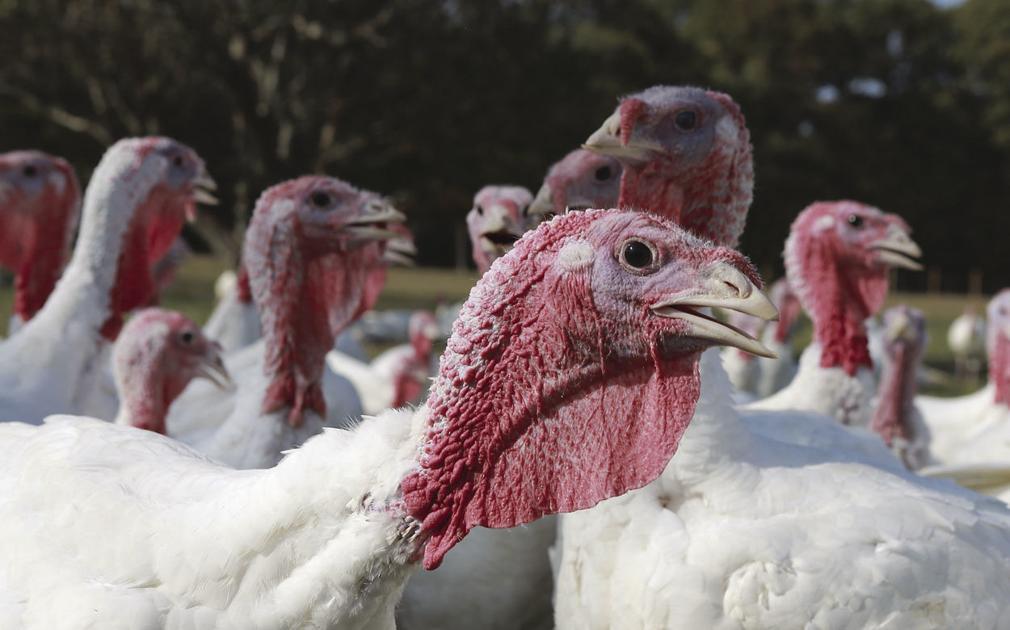 Food-safety researchers are working to pinpoint the source of drug-resistant salmonella found in raw turkey meat as a nationwide outbreak expands just before the largest turkey consumption day of the year.

The U.S. Centers for Disease Control and Prevention has released its first update since July on the outbreak that began last November. It said the number of reported illnesses has nearly doubled to 164. There's been one reported death, in California, as a result of handling or consuming tainted turkey.

Authorities say consumers can still eat turkey this Thanksgiving, but the CDC and the U.S. Department of Agriculture's Food Safety and Inspection Service are stressing the importance of proper handling and cooking techniques.

The cases have been surfacing at a steady rate and over a wide area. Illnesses have been linked to a variety of turkey brands, companies, processing facilities and retailers in 35 states.

It has been traced to raw turkey pet food and other raw turkey products. Some turkey plant workers have become ill through contact with live birds.

The CDC and FSIS know of at least 22 slaughter facilities and seven processing plants where tainted product passed, but the agencies have not released details. FSIS did not say why it was not releasing that information other than the investigation is ongoing and the original source is not yet known.

Minnesota is the nation's top turkey producing state, raising around 45 million birds a year. Two of the nation's largest turkey-producing companies, Hormel's Jennie-O Turkey Store and Cargill, are based in Minnesota. Both companies declined to comment, referring questions to the National Turkey Federation.

"For consumers, the bottom line is that all turkey is safe when properly cooked and handled, and that turkey producers and processors are continually working to make them even safer," the federation said in a statement.

Ryan Osterholm, a Minneapolis attorney who is representing a 5-year-old Minnesota girl and several other people who have been severely sickened by the outbreak, said this is among the worst strains of salmonella he's seen. It's resistant to multiple antibiotics used to treat infections in humans and it does not have a single source, making it a systemic problem, possibly originating in a large-scale hatchery that sells baby birds to growers and operators.

"I try not to be alarmist … but, in my opinion, this is a major public health risk not being fully addressed by industry or the USDA," Osterholm said.

The child he is representing developed a serious and painful bone infection. She and at least one other sickened Minnesota child live in homes that fed their dogs raw pet food containing ground turkey, according to the Minnesota Department of Health.

"(My clients) were doing exactly what everyone else does with their turkey. They were not doing anything crazy, "Osterholm said. "But when it is this virulent, just a little can get you sick, even under the very best of preparation methods."

Consumer Reports and The Center for Science in the Public Interest, a Washington, D.C.-based watchdog and consumer advocacy group, are urging the USDA to release the names of the suppliers it has identified as being associated with food tainted in the outbreak.

"When an outbreak is widespread and slow burning, and the agency still has not figured out the source, they are in a difficult position because they do not have that very specific advice to give consumers in terms of issuing a recall," said Laura MacCleery, CSPI's policy director. "But when you are coming up on a major holiday where you know consumers are likely to consume the food in question, we think the agency has an obligation to give consumers whatever information it does have."

Symptoms include diarrhea, fever and stomach cramps and usually develop in 12 to 72 hours after exposure. Illness can last up to a week and most people recover without medical treatment, the CDC says. More serious illness can develop in children under 5, adults over 65 and people with weakened immune systems. An estimated 1.2 million cases of salmonella infections occur in the United States every year.