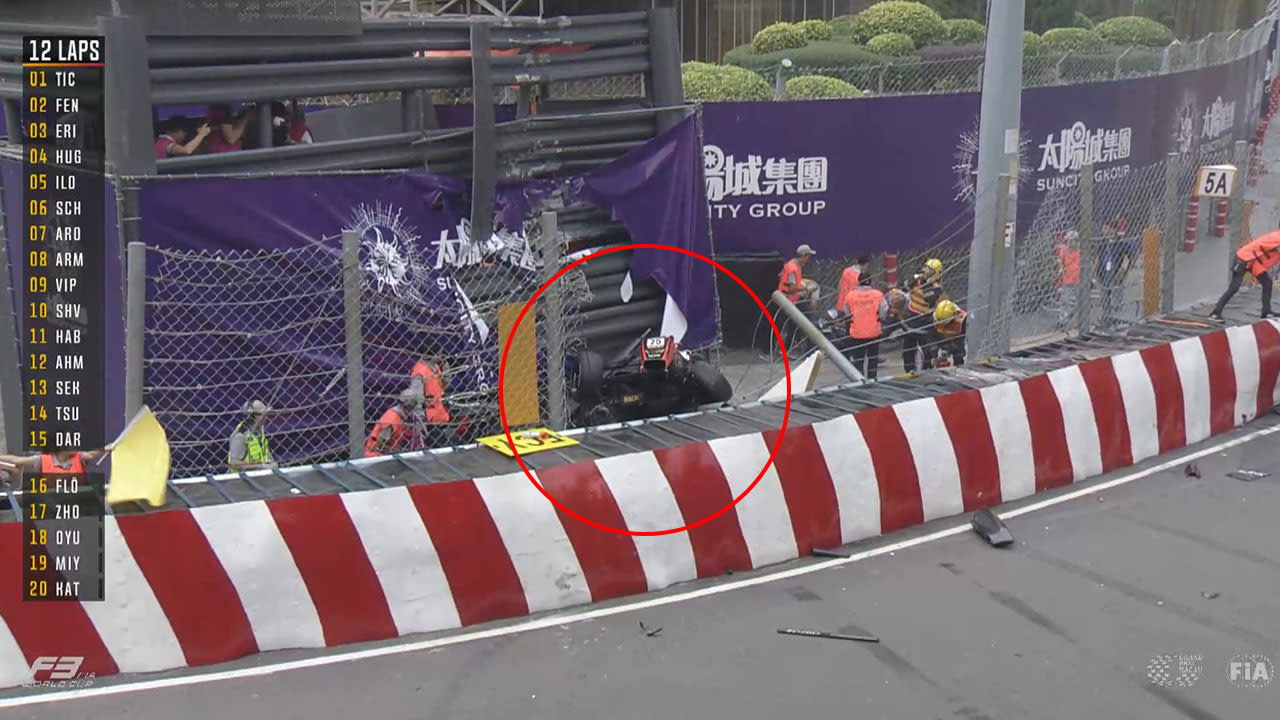 A Formula 3 driver and four other people are in hospital after a terrifying high-speed crash at the Macau Grand Prix.

An early safety car bunched the cars together for a restart, with German racer Sophia Florsch running 16th at the time.

Following a collision on the fast straight Florsch was missing two wheels by the time she reached the corner.

She was launched over Sho Tsuboi and flew into the fencing, landing among photographers and marshals.

Florsch, Tsuboi, two photographers and one marshal were all taken to hospital.

"All were conscious during transit to the hospital and are now receiving medical treatment: two drivers, two photographers and one marshal."

The incident occurred in front of a packed grandstand, leaving fans shocked at the noise and brutality of the crash.

The race was delayed for one hour as the individuals involved received medical attention.

The fencing was repaired to allow the race to continue, with Red Bull junior Dan Ticktum taking out the win.