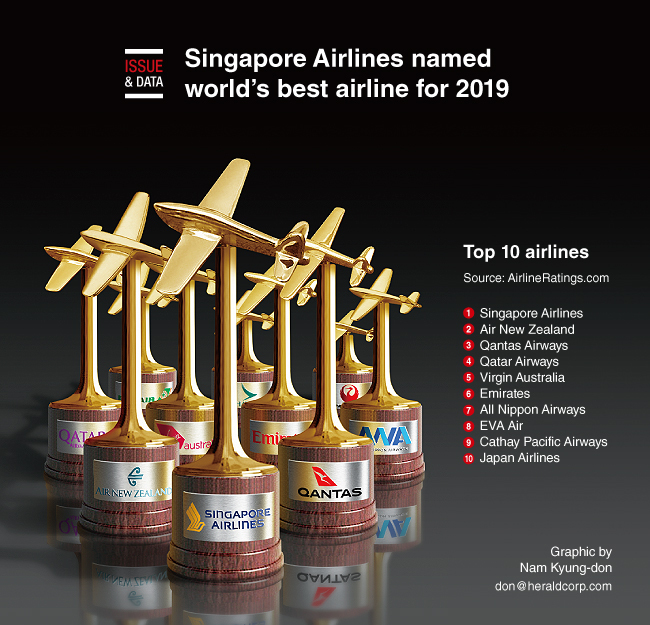 After launching the world's longest flight route this year and introducing some of the most advanced aircraft into its fleet, Singapore Airlines has been praised as the world's best airline for 2019.

The editors at AirlineRatings.com recently announced their picks for their annual Airline Excellence Awards, and Singapore Airlines got the top honor. The launch of a nonstop flight from Singapore to New York City played a part.

It was the first time at the top of the list for the Asian carrier, which narrowly edged out previous winners Air New Zealand and Qantas Airways.