November 17, 2018 Sports, unitedstates Comments Off on Harvard QB Tom Stewart carted off with hip injury in final win over Yale 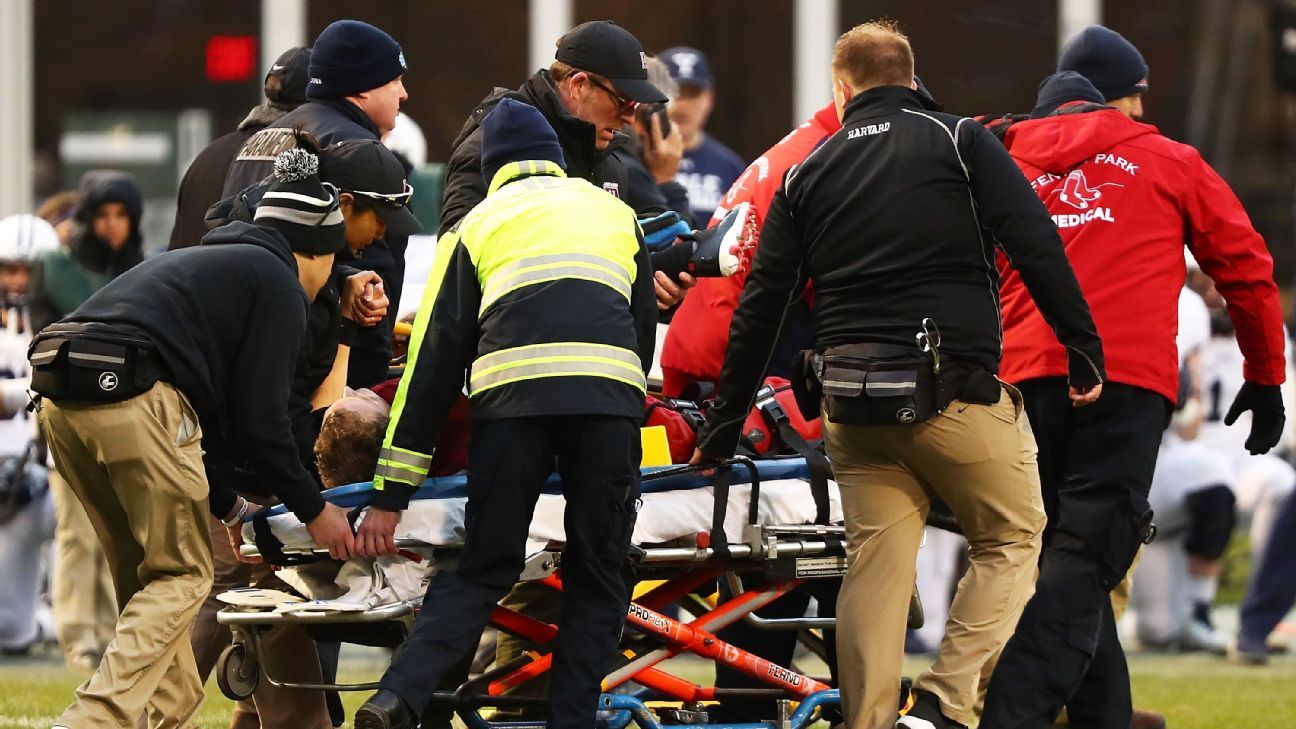 Tom Stewart threw for 312 yards and three touchdowns before being wheeled off on a stretcher in the fourth quarter, leading Harvard to a 45-27 victory over Yale on Saturday at Fenway Park in the highest-scoring matchup in the 143-year history of The Game.

The senior, playing his last game, scrambled for 1 yard before getting hit as he dropped into a slide on the temporary sod about where the Red Sox shortstop would stand. As doctors attended to him, players on both teams kneeled; Yale quarterback Griffin O'Connor made the sign of the cross.

The school announced after the game that it was a right hip injury and Stewart was expected to make a full recovery.

"Heartbreaking for that to happen that late in the game, that late in his career," said Harvard coach Tim Murphy, who is now 18-7 in The Game.

The sold-out crowd acknowledged Stewart with applause when he was wheeled off.

Quarterback backup Jake Smith took over, handing off to Devin Darrington on the next play for a 16-yard touchdown that gave the Crimson (6-3, 4-3 Ivy League) at 45-27 lead.

The field barely fit inside the ballpark, even with the bullpens removed. Both teams shared the sideline on the Green Monster side of the field; the scoreboard on the wall was repurposed, with the innings replaced by quarters.

Members of the grounds crew were patching divots in the turf during most breaks, and a chunk came up on Stewart's slide.

Information from The Associated Press was used in this report.