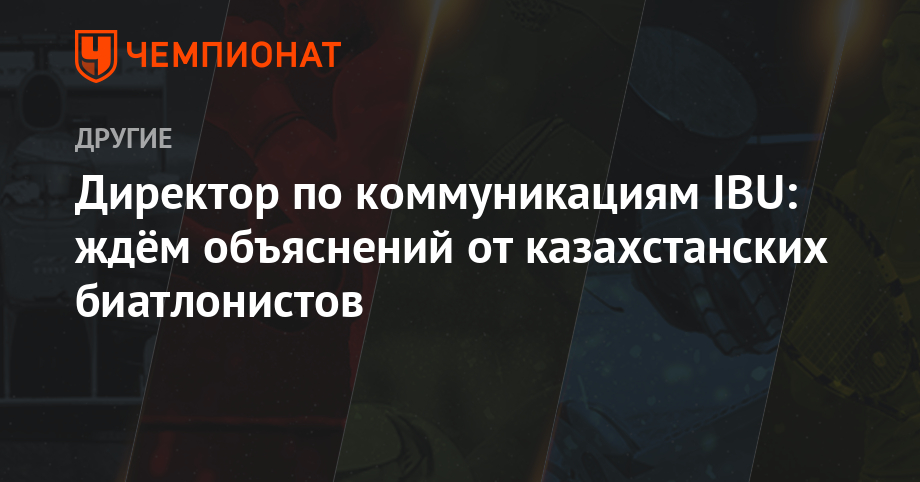 Director of International Biathlon Union Communications (IBU) Christian Winler describes the removal of Kazakhstan national team members due to suspicion of the use of prohibited drugs.

"We have stopped nine members of the Kazakhstan national team, we believe that the breach of anti-drug rules has already been confirmed. We gathered enough evidence to find them guilty. The research at the 2017 World Championships began in Hochfilzen. It was delays, so the results have not yet emerged.

Now we're waiting for an explanation of the athletes themselves. They are given the opportunity to present their own roles. After that, the IBU will decide whether to refuse the decision. If Kazakhstan biathletes are not IBU certification, doppy issues may be open to face, "Winkler recites NRK.