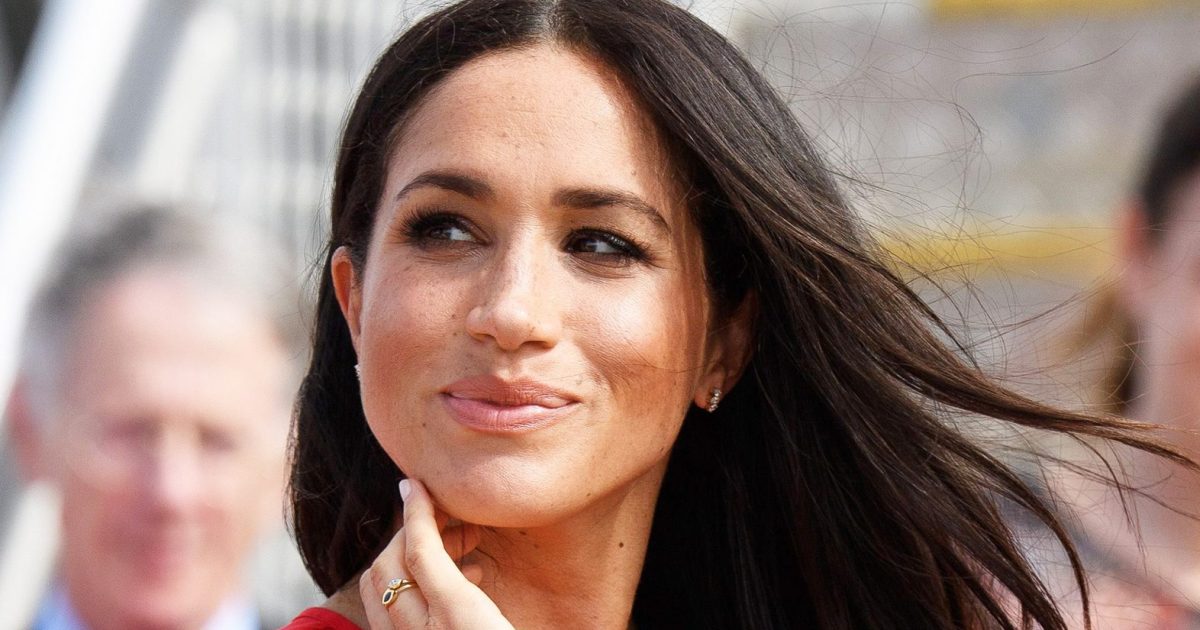 In the six months the new Duchess of Sussex, Meghan Markle, has been a member of the royal family, the tides of change she has brought with her have turned into nothing short of a hurricane. After making history as the first African American to marry into the royal fold, with a divorce under her belt besides, she's continuing to turn the royal protocol upside down by doing things her way – earning Meghan the title of "diva." And trust us , there are a lot of things she wants to do her way, according to the Daily Mail.

We all know Meghan, 37, has a penchant for gorgeous clothing, but most of it is not technically up to royal snuff. "Meghan is being told she needs to start dressing less like a Hollywood star and more like a Royal," an insider with a fashion team who has been to the Palace told the Daily Mail. Between her love of the color black (only for Royals in mourning) and skirts above the knee, the Queen, 92, is reportedly a little bit miffed with the new Duchess' fashion choices. But no worries! They reportedly have a warm relationship, she just wants Meghan to get on board with how the Royals have been doing things for centuries. Of course, she's gonna be a purist for rules – this is the Queen we're talking about here.

Meghan also reportedly has several ideas about how to be the best Duchess she can be. The Palace staff is reportedly, shall we say, shook over her incredible work ethic, getting up every day at 5 a.m. with her thoughts brewing. Meghan supposedly sends anywhere from six to seven texts a day to staff with proposals and opinions on how to maximize her role's potential. But her very obvious "West Coast" attitude is reportedly a little much for Palace staff, which is used to things at a bit of a slower pace than Meghan likes to keep.

Another thing that Meghan is reportedly looking to shake up is where the royals will call home. There has been talk about Prince Harry, 34, and his new Duchess taking up residency away from Kensington Palace in anticipation of their first child coming in the spring. Reportedly, William and Harry, the Dukes of Cambridge and Sussex, are considering a "formal division" of their joint royal household at Kensington Palace, which would allow each family the opportunity for a little independence. This comes at the tail of rumors that Meghan and sister-in-law Kate Middleton, 36, have not exactly been seeing eye to eye, so maybe a little space is a good thing.

But Meghan has one really important Royal ally on her side: Prince Charles, 70. "There have been so many traumas and crises within the personal life of the Royal Family, from the Duke of Windsor onwards. And many royal divorces. That's why the Duchess's troubled family background has endeared her to Charles even more, "an insider close with the Prince revealed to his biographer, Angela Levin. If you're gonna have someone on your side, Grandpa is always a good choice.

Her allies do not just lie in royalty, however, and it seems to have been quite the Hollywood party over at Kensington Palace these last few months. With Meghan hailing from a film and television background, the usual inner circle of royal friends has expanded to include some A-List celebs and sports stars. Serena Williams reportedly considered Meghan to be a close confidant. George and Amal Clooney have also reportedly gotten so close to the royal couple, they hosted the couple at their Lake Como villa this summer.

But do not forget the normies, please. Meghan DID have humble beginnings, once upon a time, and some of the people who knew her way back when still hold it down for her when she needs them. It takes a village to transition into royal life! Her closest pre-fame friends reportedly include Lindsay Roth, a close friend from her Northwestern University days, and Jessica Mulroney, a popular stylist based out of Canada. Meghan is reported to have leaned on Jessica a lot during the wedding prep, including dress and flowers advice.

Ultimately though, we'd be nothing without our moms. And the Duchess of Sussex is no exception. Meghan's mother, Doria, has been very hands-on throughout the entire transition process and has been spotted several times in the Cotswolds, where Meghan and Harry have a house. She is also thought to be moving across the pond when her new grandchild is born next year.

So, IS she really the hurricane everyone is making her out to be? A diva of the highest order? Maybe. Though Meghan is all-new to royal life, she is the Duchess of Sussex, after all. This new life of hers really is cause for celebration, royal protocol or not!