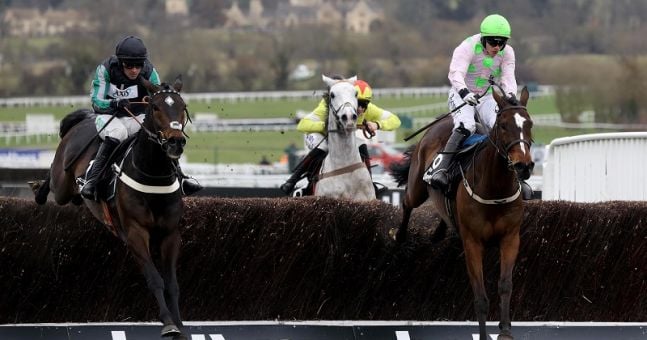 Topofthegame (2.10) RSA Novices won the NAP award for Chase, two a day race on day two of Cheltenham Festival. Paul Nicholls' training slides were runner-up at last year's festival, but it was always better than the big obstacles. He ran a good Kempton time at Christmas, but he was soon jockey. I think it will be a Gold Cup horse in the future and his trainer is a master of horse improvement.

West Side Dunbar Castle (1.30) goes against his odds in Bailemore's Hurdle. He chairs as his winner in Leopardstown over Christmas and may be more suitable for suitable land. He is sure he has supported other runners, Willie Mullins yesterday.

Another horse from Mullins, Killultagh Vic, this might play at all levels in the Chupa Choral (2.50). This horse is the winner of the previous festival and has been well received by last year's Gold Cup. Things are relaxed and it can make the framework.

Jessica Harrington's training has gained a lasting confidence You got the case in the young hurdle (4.50). This horse is expected to develop the soil more slowly. He's been running against young lads and could be too expensive.

In the case of other races, Altior looks bombproof in Her Majesty Mother Champion Chase (3.30). Tiger claims for behind-the-scenes awards in Cross Country Chase (4.10), but it's tiny. The race is equally flat and is often set up for a runner. It's not my opinion. The Tumar (5.30) is also a difficult puzzle. The trained Meticulous from Joseph's Brien is fascinating with his brother Donnach, but I watch out.

€ 500 Charities with thanks to Betfair: