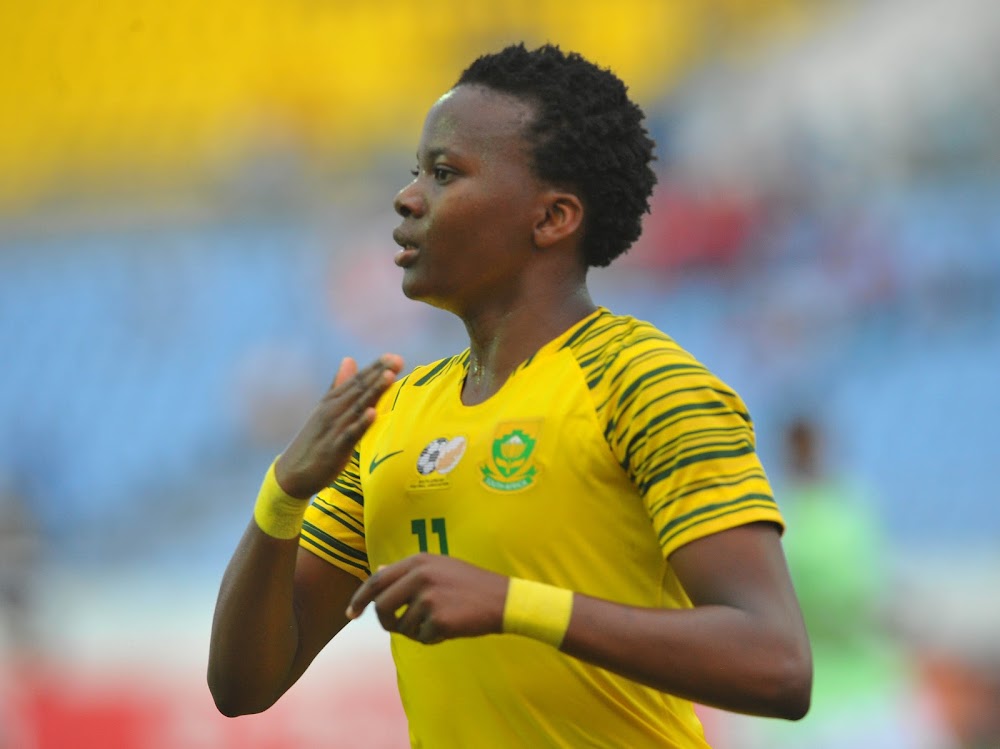 The opening 20 minutes were cagey to say the least, with neither keeper tested. The first shot on goal in anger came from Refiloe Jane, who blasted a volley from the edge of the box high and wide.

Midfielder Mamello Makhabane then tried a speculative shot from 35-yards that flashed just wide, though Nigeria keeper Tochukwu Oluehi looked to have the ball covered.

Jane was unfortunate when she burst clear but was held back, though the match officials saw nothing wrong, while at the other end there was a big let-off when reigning African Women's Footballer of the Year Asisat Oshoala fluffed her opportunity after she had seemed destined to score.

Janine van Wyk saw her free kick saved by Oluehi, before Seoposenwe lost her balance at the vital moment with the goal gaping just before the break.

Seoposenwe had an even better opportunity five minutes after the break, but her touch from a cross put the ball inches wide of goal.