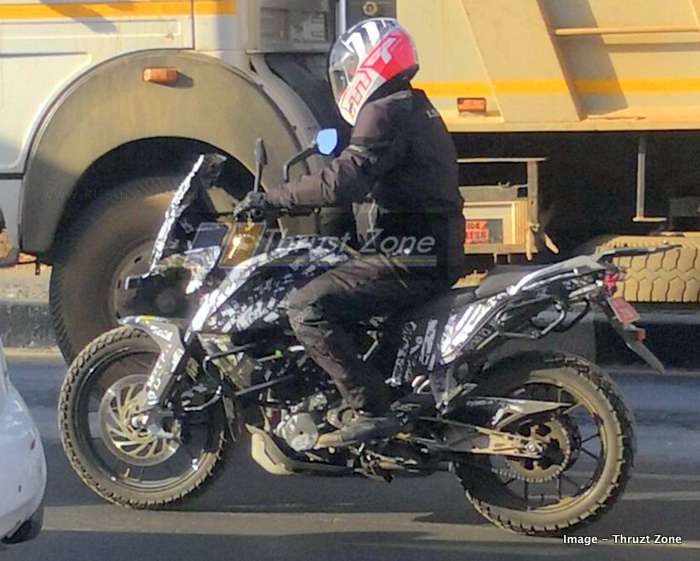 Late last year, the first ever look at KTM 390 was expected in India in India. The same thing has been issued again. The Event 390 which was due to be made its first world view at the 2018 EICMA in November is due to be announced in the coming months with some beginning to begin production in mid-2019.

Unlike the European covered wheels, the one is seen in sports wheeled wheels in India, suggesting two varieties. The Event 390 will be made in India for the global use of theirs as his Duke's brother.

The latest misconcese test ball shows that the adventurer will go ahead despite the recent exhibition of 790 Adventure. Features include a half-headed LED LED, a short windscreen, fuel tank extensions, a whistled radiator with body colored panels, split seats and a small tail.

The KTM 390 Adventure is more different from the Duke by using a larger spinning wheel (it is probably a 19-inch unit); twin tires and canister larger veins. The single cylinder 373 cc oil engine will be retained but will be perfectly BS-VI ready from day one. On board the Duke, the carriage is generating 43 PS and 37 Nm of boar. We anticipate that it will be adjusted to respond to adventure tourism claims and new comparisons for 6-speed transmission.

The operating KTM system can be fully mobile and has a moveable WP long-range restraint, front and rear dorsal fingers, and a full digital TFT tableware with Blueetooth connections.

The KTM 390 Adventure will be launched against similarities to the Royal Enfield Himalayan, Kawasaki Versys-X 300, and BMW G 310 GS. High local content and the economies of scale it shares with the Duke's family will cost 390 Adventure in a competition. There would be a value tag around INR 2.5 – 2.75 lakhs (an old showroom) to share concerns.