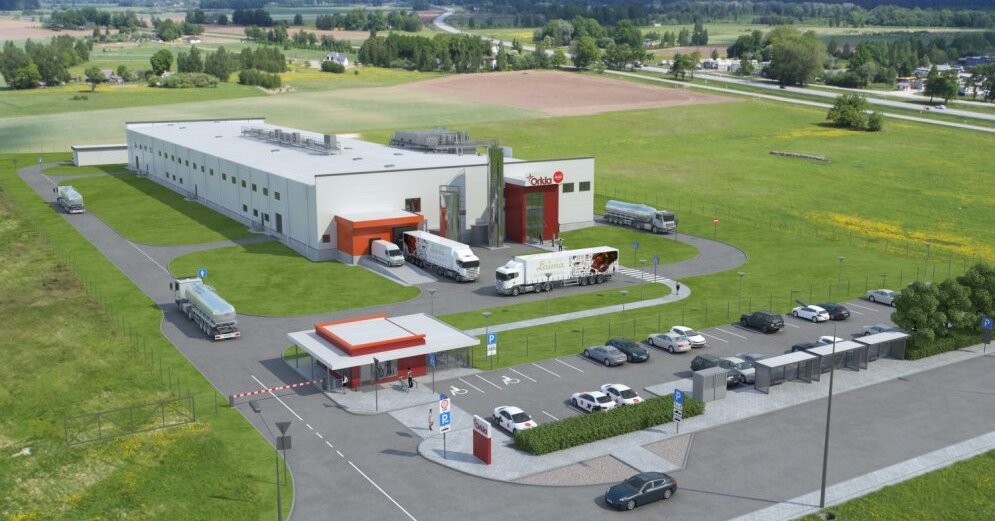 The total amount of the contract is EUR 8 920 000. It is decided to end a decision in the future to start building the factory in Adazi in spring and start to appear in a house. " A new "Laima" in 2020. The land acquisition area now has access roads and links to the new plant infrastructure, as well as the name of the representative street with the name Laima.

“The new center will underpin Latvia's high-quality sugar production, and will also make a significant contribution to future development." Laima has always been, and this project is The next important step towards growth and competitiveness was the campaign of Didrihson.

In total, 12 applications were received from Latvian construction companies and international companies.

The mix of "Laima" includes more than 200 different chocolate sugars, and is still developing and improving. Launch of "Laima" sugars, which work in making chocolate candles, chocolate bars and cereals, zephyrs, waffle candles will continue to be made available at the new Riga production unit. , waffle cakes, marmalades and "Laima".

It is emphasized that Laitvis de Laima's team are continuing to work on innovative recipes, and the new production center "Laima" on Adazi will have state-of-the-art development and development of new materials.

"Delfi" has already stated that "Orkla Latvia" will be investing several million Euros in the construction of a new "Laima" representative on Adazi in the next few years and in the further development of a brand. These investments will amount to more than EUR 23 million, which Orkla has already invested in the sugar and snacks industry in Latvia over the last four years.

Bearing in mind the possibility that a Biscuit and Waffle Capacity Center should be built, in 2018, a decision was taken to cover the overall development of both projects, using the capacity of infrastructure designations. This will ensure that both the Laima production plants and new biscuit and Waffle plant projects are developed to the same standards.

The building company “Merks” is a common contractor in building public, residential and business buildings as well as engineering structures. Working in Latvia since 1996, "Merks" have accumulated a huge amount of experience in building over 120 items of complexity, the most famous of which is "Arena Riga", "Swedbank Central Office building "Lielais Dzintars" The building company "Merks" are part of market leader in construction Baltic Merko Ehitus, who had been listed on the Nasdaq Tallinn Stock Exchange since 1997.