November 19, 2018 Sports, unitedstates Comments Off on LeBron James subs himself in for the first 50-point haul with Lakers 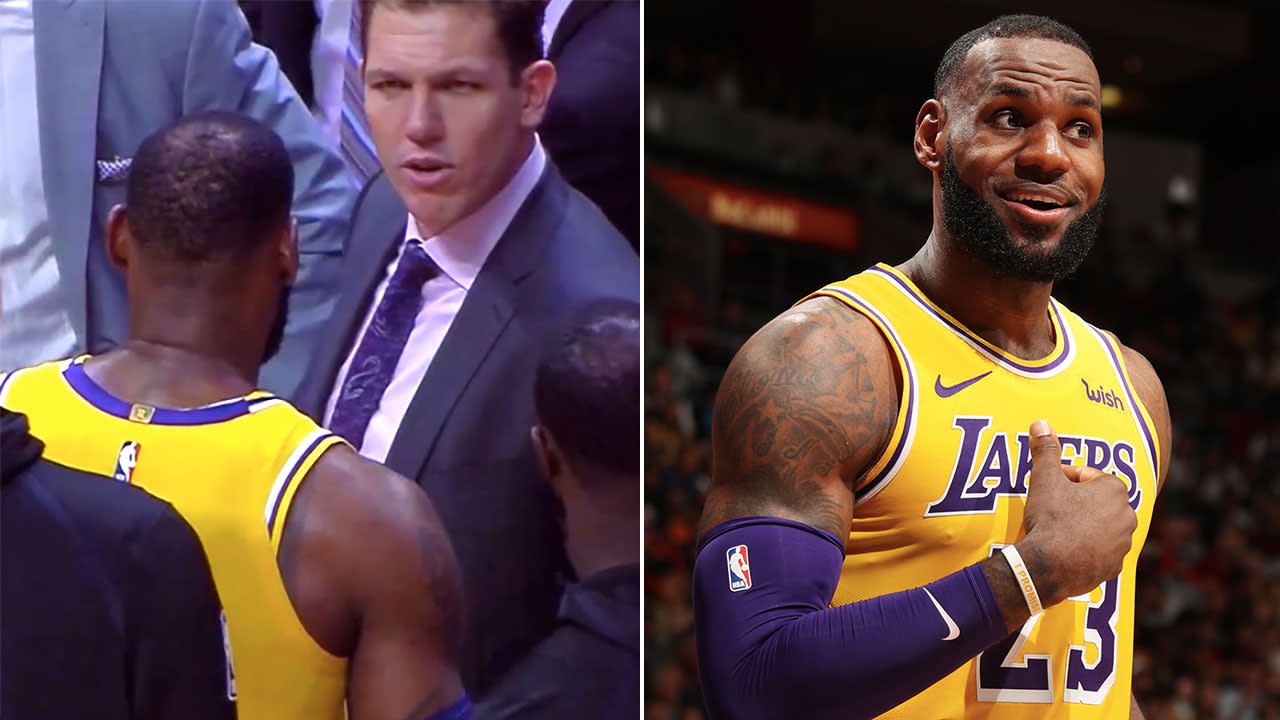 LeBron James has seemingly substituted himself back in with less than a minute left in a blowout win – just to get his first 50-point haul as a Los Angeles Lakers player.

James scored a season-high 51 points, shooting 19-of-31 from the field, in the Lakers' 113-97 win against the Miami Heat at American Airlines Arena on Sunday night.

It was the most ever by a Lakers player against Miami.

James did not take his time – he got things started right away, quickly putting up 19 points in the first quarter.

After just an eight-point second quarter, James added 15 more in the third to hit the 42-point mark and put the Lakers up 16 points heading into the final period.

The highlight might have been the deep three-pointer to move from 48 points to 51, which came after a conversation with Lakers coach Luke Walton at a timeout.

Walton looked up at the scoreboard and could only smile after James's words, with more laughs exchanged among teammates.

To be fair to James, the game was closer just minutes earlier and he was never actually on the bench.

With that scoreline and just 43.2 seconds left on the clock, there was no need for him to be on the floor – except for the milestone.

"From the jump ball, he was going," Walton said of James's performance.

"He was in attack mode, and he was making shots. When players are as good as LeBron and have that night, it just looks easy for them. It's not easy, but they make it look easy because they're that good. "

James is now the first Lakers player to score 40 or more points more than once since Kobe Bryant retired in 2016.

He's also joined Bryant and Kareem Abdul-Jabbar as the only NBA players to score at least 45 points in their 16th season or later.

On top of all that, he became just the fifth player in NBA history with a 50-point game for three different teams.

While he's been there multiple times since he returned to Cleveland in 2014, it's a safe guess that James is content with his return to South Beach this weekend.

with Yahoo Sports US