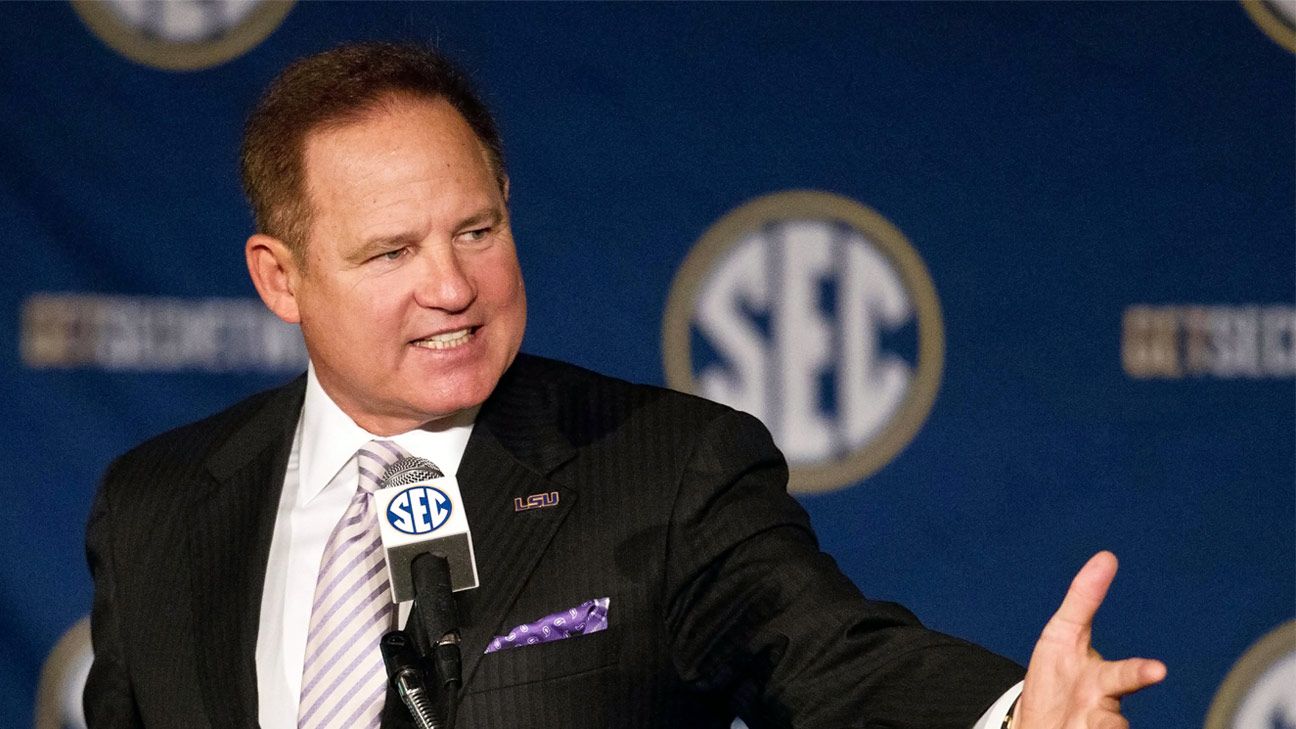 Les Miles has reached an agreement to become Kansas' next football coach, with an official announcement planned for Sunday, sources confirmed to ESPN's Chris Low.

Sports Illustrated first reported that the deal was done.

Miles, who has not coached since being fired by LSU in September 2016, will replace David Beaty, who was informed earlier this month that he would not return as head coach after this season.

Kansas athletic director Jeff Long and Miles know each other from their time at Michigan in the late 1980s and early '90s. Long also tried to hire Miles when he was the AD at Arkansas.

Beaty, who agreed to finish out the season, is 6-31 with the Jayhawks, who are 3-8 this season after putting up a fight but ultimately falling to No. 6 Oklahoma 55-40 on Saturday night.

The Jayhawks have not had a winning season or reached a bowl game since 2008, their penultimate season under Mark Mangino. After he was forced out, the school churned through Turner Gill and Charlie Weis before hiring Beaty, a nondescript assistant with ties to the program.

On Thursday, LSU announced it had reached a settlement with Miles for a one-time, lump-sum payment of $ 1.5 million on his remaining guarantee from the school. He still had been owed $ 6.5 million in guaranteed salary after being fired.

At the time of his dismissal, Miles was owed about $ 9 million, to be paid in monthly installments until 2023. But Thursday's agreement absolves LSU of any remaining salary owed to Miles, who coached the Tigers from 2005 to 2016 and went 114-34.