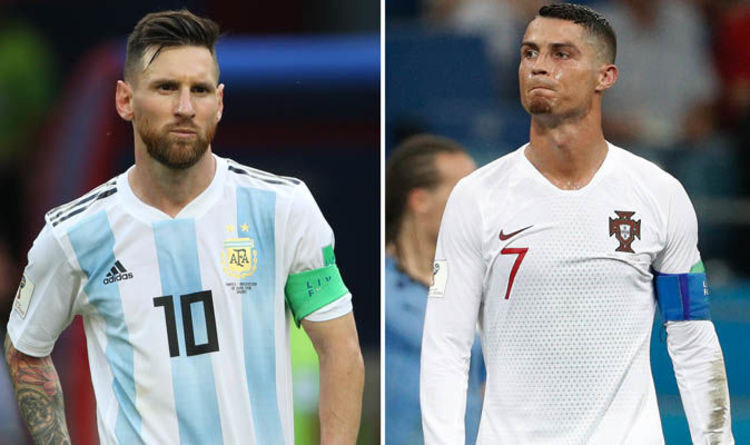 Lionel Messi and Ronaldo's rivalry continues to develop, despite the Portugal international leaving Real Madrid for Juventus back in the summer.

For over a decade, the debate as to who is the greatest has rumbled on with both players winning the Ballon d'Or between them every year since Kaka scooped the prize back in 2007.

Cristiano Ronaldo has appeared to edge ahead in that regard in recent times, winning the Champions League four times in the last five years.

But, with Messi continuing to re-write history at Barcelona, ​​the Argentina international is still able to keep pace.

"One of the things that, for me, has always separated Messi from Cristiano is that passing ability," he told BBC Radio 5 Live's Football Daily podcast.

"That vision, that imagination that he has with the ball.

"You look at some of the assists that he has set up over the years, just a remarkable football brain.

"An awareness of space and position that I think is completely out of the ordinary."

Horncastle also believes Messi has surpassed all greats of the game – including Ronaldo.

"I think, for that, you'll be hard pressed to find anyone who would not be saying that they consider Messi to be, not only the best player in the world at the moment, but the best player of all time, eclipsing Di Stefano, eclipsing Pele. Just because of that consistency that he's had over a decade now, "he said.

"I found it staggering, I was in discussion in Milan last weekend about some of the ex-players that were around at the San Siro.

"There was Kaka, it's remarkable to think that Kaka was the last player not named Ronaldo and Messi to win the Ballon d'Or, because that's a long, long time ago now.

"To perform at the level, to keep reinventing yourself is just staggering."

Ronaldo is next in action when Juventus goes up against Spal next Saturday (5pm).

Messi, meanwhile, is primed to feature when Barcelona face Atletico Madrid on the same day (7.45pm).