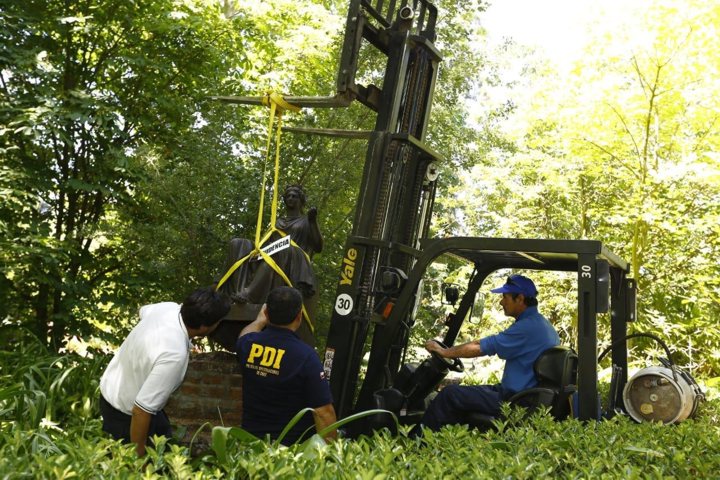 Researchers from the Investigation Group of Offenses against the Environment and Cultural Heritage (BIDEMA) found the image: "La República", which was stolen in 2003 at Rubén Darío, Plaza Ancha, currently in a communion house of San Francisco de Mostazal, in the Department of Higgins.

In this important work, which was added to the Buenos Aires section, we gave ten other images of commendable value for our country's cultural work, including eight of the Great Cemetery and two of Santa Lucia Hill, as well as two funds made money stolen from San Francisco Church of Santiago. In addition, there were archaeological and paleontonic species identified in the Law of Monuments, military and other articles of the Pacific War.

This is the result of an important analysis that has come to an end in the search of a large house of the old La Punta house, where the images found were found; recorded a grievance complaint and were included in a catalog of historical items stolen from the PDI. 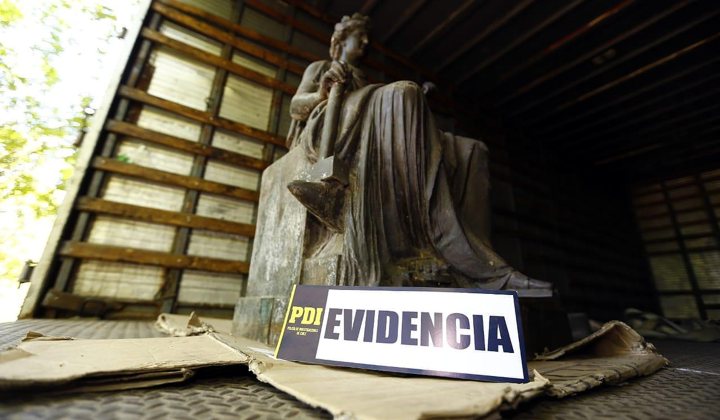