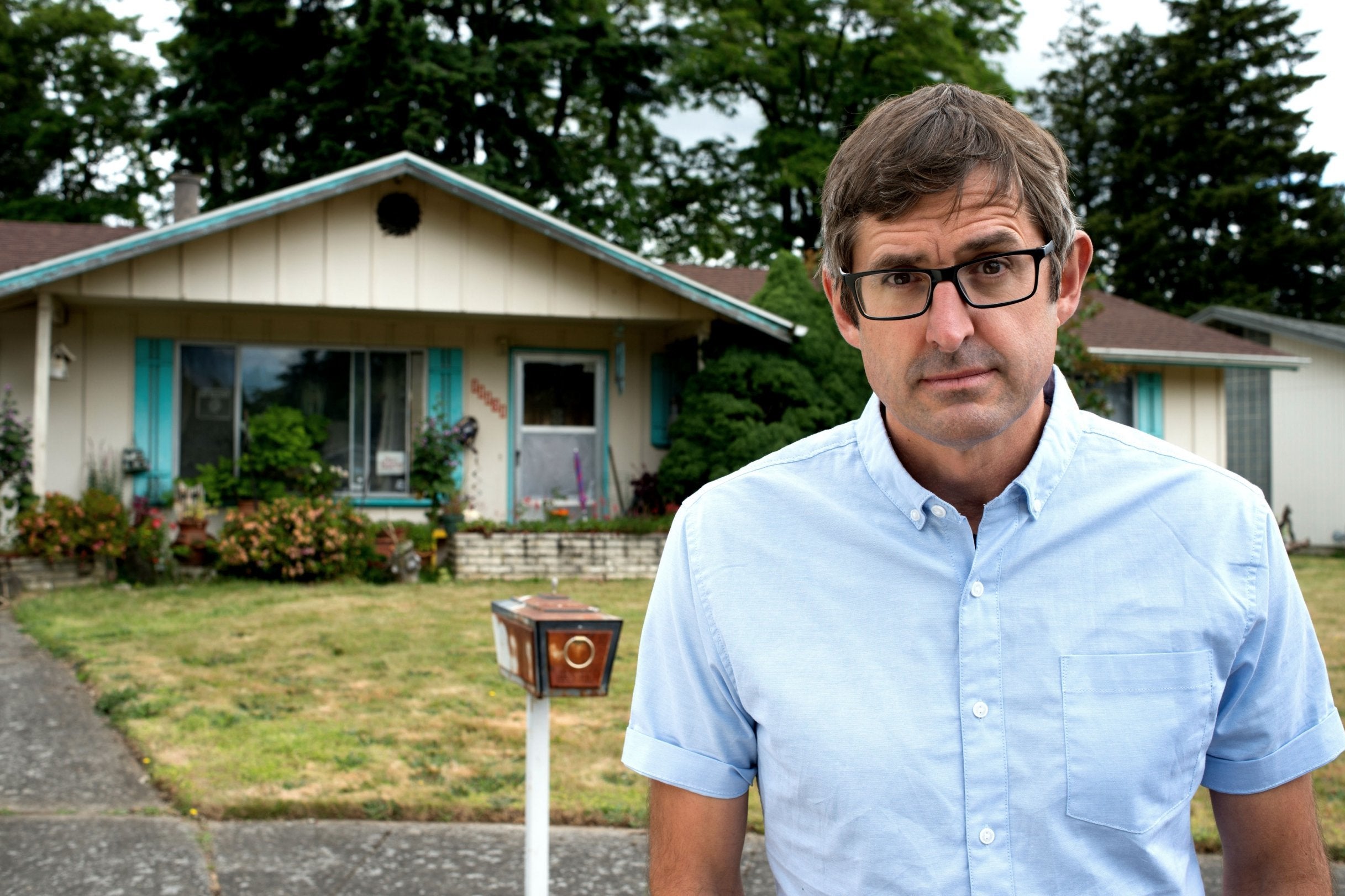 The second installment of Louis Theroux's Altered States, the new BBC2 documentary series tackling topics as weighty as adoption, polyamory and euthanasia, begins with him reading the label of a sick woman's medication: "Death often occurs within 30 minutes". The patient's response? "Getting this drug to kill me has allowed me to live. That's the paradox. "

You do not get a more gripping opening to a program than that.

Theroux is in California, one of the seven states in which it's legal for doctors to prescribe life-ending medication to terminally ill patients. The cost of the lethal prescription is $ 350 (£ 270). But there are conditions: people have to be expected to die within the next six months, be of sound mind and strong enough to administer the dosage themselves. What these desperately sick people want is to die in the best way possible.

During this intense hour of television, Theroux spends time with three people who are all considering ending their lives.

First we meet Gus Thomasson, a retired respiratory therapist who is married with twin daughters and a new grandson – – and who has stage four pancreatic cancer. He's been considering using his 357 Magnum, or driving his motorcycle too fast, but those options are either too messy or might not do the job. "I knew I would not die suffering. It's going to kill me. Why should I wait for it to do that? I'll kill it, "He says with a laugh. His family, of course, are not laughing; struggling to stay supportive, they quickly wipe away their tears.

The crux of this program is empathy, and this Theroux has in spades, which is why there could be no better presenter to tackle such a distressing subject. Speaking openly with people at their most vulnerable, he does all the necessary journalistic probing with compassion and sensitivity.

He bounces Gus's baby grandson tenderly on his knee, and then, when meeting Laurie, a mother whose cancer has spread "everywhere", he bonds with her 11-year-old son to the point of letting his pet snake slide up his back before joining him on the floor to interview him.

Altered States is flawless documentary-making: thorough in its examination of the ethics surrounding euthanasia, and presenting the perspectives of everyone affected. But it's tough viewing. The moment a mother and son fix eyes, as they discuss his understanding of why someone would take the fatal dose, and her painfully direct response, "But they're going to die anyway. Because you know, I do not want to die ", is particularly devastating.

It gives an essential voice to the sick people driven to such a difficult decisions. "How we die impacts the people we leave behind for the rest of their lives," explains Laurie. "My husband has to go to work, my kid has to go to school, why would I want to force them to watch me become so broken? I'm sure it's already been traumatic enough for them. "You can not argue with that.

Theroux finds the biggest ethical challenge in Oregon, where a group called the Final Exit Network offer technical advice to people who wish to die but are not necessarily terminally ill. They're "helping" Dorothy, a 65-year-old woman heartbroken by her husband's death five months earlier, and who's in a wheelchair and suffering dementia symptoms following a car crash. Not only does she lack the funds for the therapy that could help her, but, tragically, she has no family or friends. "My question to you is would you want to live this life?" She asks Theroux. How could you know unless you were experiencing it yourself, Theroux ponders.

It's also with Dorothy that Theroux makes his one misstep: suggesting that she move on from her husband's loss. Again, how could he possibly know?

The Final Exit Network have been previously prosecuted for their role in guiding people towards their death. Theroux is always respectful and never accusing, but his uptight body language suggests distrust and an air of sadness. Faced with Theroux's line of questioning, one half of the Final Exit Network looks very nervous indeed. To see the beginnings of their demonstration for how Dorothy can end her life with the equipment they have advised her to buy, is shocking, as is the moment they report to Theroux that she achieved her wish – – and that they were there.

"We provided a service to help somebody manage their death on their own terms. Especially older people with nothing to live for … She's a perfect case for saying, 'If I die tomorrow, nobody will miss me.' " You feel Theroux's worries of how people might end their life simply to not be alone, and you wonder why this organization did not start a company, a charity, perhaps, to help alleviate the loneliness of people instead.

Then you find yourself reflecting on Dorothy's earlier comment: "It's not happening to anyone else. This is just about me ". And you can not argue with her private and personal choice. When at the end, we watch Gus succumb to his fatal dose at home, surrounded by his loving family, you can only respect his right to die well.

Altered States forces the viewer to question how they would respond to their own terminal illness, or the wishes of someone suffering – to throw judgment out the window and empathise fully. And empathy is something this society sorely needs. This is television at its most thought-provoking.