November 19, 2018 Entertainment, unitedstates Comments Off on Lucasfilm Production Designer Finishes Work on 'Episode IX' By Posting His Many Creations 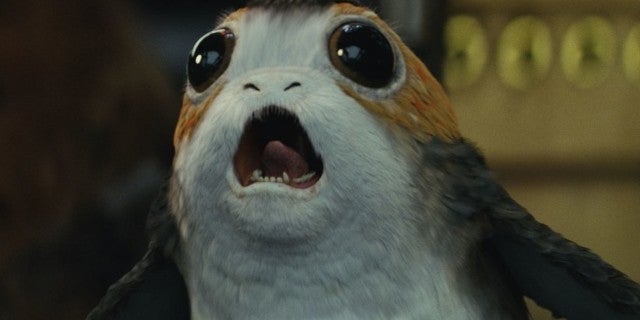 Disney's Star Wars films have delivered audiences memorable creatures, thanks in large part to the imaginative eye of concept designer Jake Lunt Davies. To announce that he had completed his work on Star Wars: Episode IX, the artist took to Instagram to share a number of images depicting the many creations he had a hand in developing.

So this week my contract ended on Star Wars EpIX … .which kind of means after 5 years and 5 movies, I've finally finished on Star Wars. As a kid this was my childhood ambition and I still can not believe that I've now actually had this opportunity to be part of and contribute to the legacy of the Star Wars galaxy. Above are a few of the things I designed for TFA, Rogue 1, TLJ and Solo. However as much as I and my concept colleagues @lukedfisher @martin_rezard and Ivan Manzella get to dream up all these characters and ideas, none of it would happen or become reality without the brilliant team we work with under Neal Scanlan's leadership – the sculptors; the mold makers, foam shop and seamers; the fabrication team; the model makers; the mechies, animatronic designers and electronics guys; the hair team; the painters and make-up artists; and the performers that finally bring these creatures to life. Thank you Neal for asking me to be part of the team. Beyond the CFX department I'd also thank Costume Designers Michael Kaplan, @glyn_dillon and Dave Crossman plus the CG artists at @ilmvfx for adding their magic to our work. And thanks to JJ, @riancjohnson, Gareth Edwards, @realronhoward, Phil Lord, Chris Miller and Kathleen Kennedy for going with my designs for your movies. #starwars #theforceawakens #tfa #episodevii #rogueone #thelastjedi #episodeviii #tlj #solo #soloastarwarsstory #episodeix # bb8 #porg #porgs #reysspeeder #luggabeast #conceptdesign #creaturedesign #creaturefx #animatronic #ilmvfx #ambitionfulfilled

The artist shared, "So this week my contract ended on Star Wars Epix… .which kind of means after 5 years and 5 movies, I've finally finished on Star Wars. As a this was my childhood ambition and I still can not believe that I've now actually had this opportunity to be part of and contribute to the legacy of the Star Wars galaxy. "

He went on to thank his many collaborators, from the film's directors to the artists responsible for bringing his concepts into a tangible form.

One look at the image above will remind fans just how diverse the galaxy is and how many new creations have emerged in the galaxy far, far away in recent years. While the artist admits his work on the upcoming film is done, he's not the one crafting the pieces, so there's still plenty of time left in production before shooting officially wraps.

Little is known about what to expect from Episode IX, though Lucasfilm confirmed that it would be the conclusion of the Skywalker Saga.

Star Wars: Episode IX will land in theaters in December of 2019.

Which of the artist's creations is your favorite? Let us know in the comments below or hit up @TheWolfman on Twitter to talk all things Star Wars and horror!