3 was shot to death in the SILK Expressway crash

February 6, 2019 malaysia Comments Off on 3 was shot to death in the SILK Expressway crash 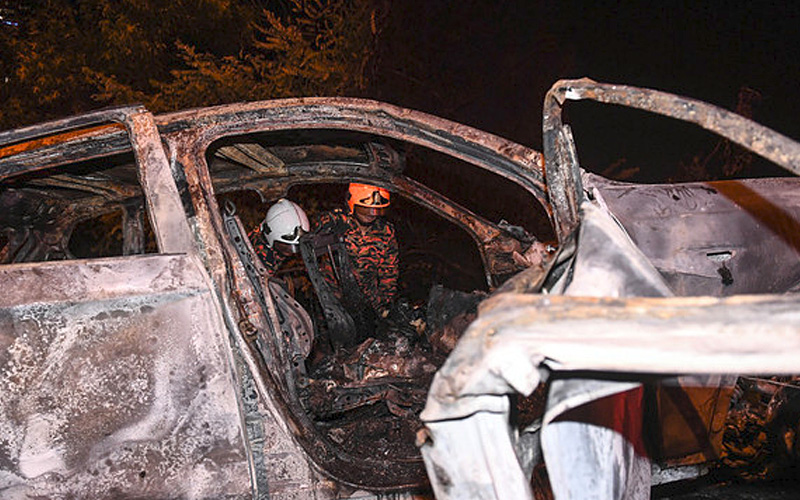 KUALA LUMPUR: A 65-year-old woman was among three who were burned to death when the BMW was traveling to her; travel and capture fire in an accident at KM6.9 of the SILK Passenger Route; going to Sungai Long, Kajang, near here yesterday.

Kajang district police chief Ahmad Dzaffir Mohd said initial investigations reported that the driver was convinced that he did not control his / her. carriage before he stopped and dropped to the sector on the left of the road and went into flames.

He said that a team from the Malaysian Fire and Rescue Department had been caring out the carcasses.

"The three victims were deadly defended by the guardians and their bodies went to the Serdang Hospital Forensic Department for autopsy as well as receiving the deoxyribonucleic acid (DNA) acid sample to find out the same They know, "he said in a statement today.

He said the car was taken to the Yang district police headquarters to explore the number of chassis and Puspakom.

Searched by Bernama at the Serdang Hospital Commonwealth Department found that no one had progressed to identify those who had been in attendance. victim or group advocacy.

The case is being investigated under Section 41 (1) of the Road Transport Act 1987, caused by unpaid driving, Ahmad Dzaffir said.