Man Fatally Shoots His Wife While Working on a Handgun

November 19, 2018 U.S., unitedstates Comments Off on Man Fatally Shoots His Wife While Working on a Handgun 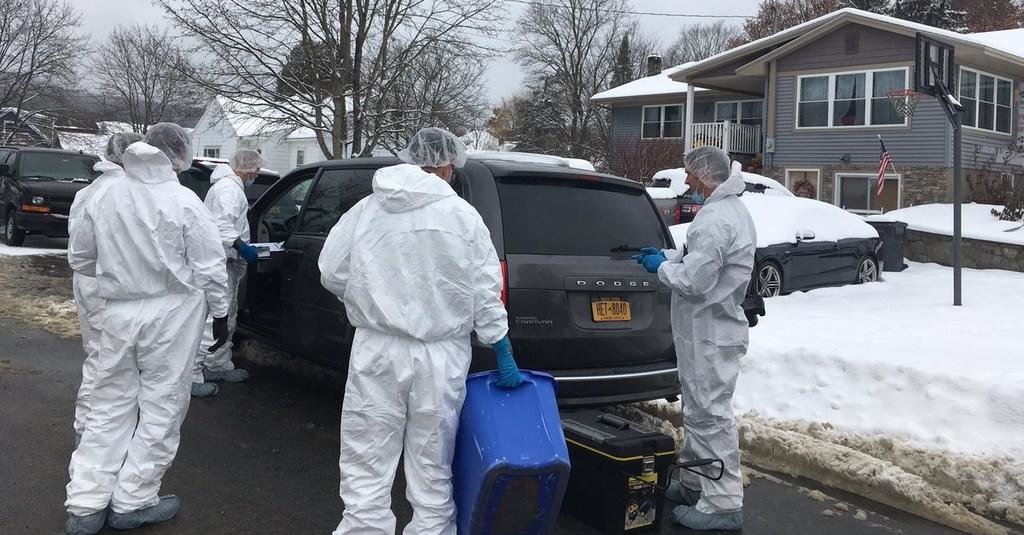 The 35-year-old middle school science teacher was working on his handgun at his home an hour north of Albany when something incomprehensible happened: A bullet discharged, striking his wife.

Ashley Rosenbrock, 34, was rushed to a hospital in Saratoga Springs, N.Y., where she died on Thursday.

By Saturday, the New York State Police had completed an autopsy and said the shooting in the small town of Corinth had occurred while Eric Rosenbrock was "performing maintenance" on a legally-owned handgun. The investigation is continuing, but the police said the death appeared to be the result of an accidental discharge.

Neighbors watched the distraught father of three being led into a car shortly after the shooting.

"He looked like he was shaken very bad," said Rita Mosher, 74, a next-door neighbor. "I can not imagine what he's going through. He's got to feel horrible. I'm more worried about the children. "

State troopers immediately swarmed the short residential street in the town about 50 miles north of Albany after the gun went off, neighbors said.

"The results of the autopsy are consistent with the information and evidence that has been discovered to this point in the investigation," Maj. Robert E. Patnaude of the New York State Police said Saturday in a statement.

The couple was constructing an addition to their gray clapboard home in Corinth, a town of about 6,000 people nestled in the foothills of the Adirondack Mountains that prides itself on being the snowshoe capital of the world, so that each of their three young children – two girls and a boy – would have a bedroom, neighbors said.

"A sudden loss like this can have a profound effect on family, friends, colleagues, parents, and students," the school district said in a statement. "It is important that we recognize this loss and support each other through this time."

"Our grief is great and our hearts and support go out to Mr. Rosenbrock's family, "the statement added.

Ms. Mosher said she saw Mr. Rosenbrock arrive home from work earlier than usual on Thursday as a snowstorm was blanketing the region.

Ms. Mosher said she did not hear the gunshot, but she went outside after hearing the police at about 10:30 p.m. She said she saw Ms. Rosenbrock being taken out in a stretcher.

Unintentional firearm deaths are relatively rare in the United States, but they often involve handguns and take place in households, according to the Centers for Disease Control and Prevention. Firearm groups recommend keeping guns unloaded when not in use and pointing the muzzle in a safe direction.

The Rosenbrocks were familiar with tragedy: Their 15-month-old daughter, Vivienne, died from a sudden onset of sepsis pneumonia five years ago.

"Vivienne ran from room to room with her heart-stealing grin with the big gap between her two brand-new front teeth," the toddler's obituary said. "She gave a hug that felt like she was giving all she had. She stole every heart she touched. "

In a Facebook post that went viral, Ms. Rosenbrock called on strangers to carry out random acts of kindness in memory of her daughter on the anniversary of her death.

Inspired by the outpouring of support, the family created a Facebook page that they used to organize fund-raisers and charity runs.

A memorial will be held for Ms. Rosenbrock at the First United Methodist Church on Wednesday morning.