Messi in March "back" – Actusen 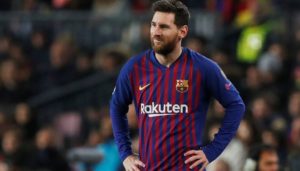 Absolutely from the World Cup, Lionel Messi could return to Argentina's election on the next rally at the end of March. Information presented today by Presidential President, Claudio Tapia. Although he has not participated in the Argentine team torch since Albiceleste was abolished in 8m World Cup final against France 4-0, with Lionel Messi returning in election for the games against Venezuela on March 23 and March on March 26. This was introduced by Tapas Caidreachas Argentino Claudio "Chiqui" in an interview at TyC Sport Wednesday. "If Scaloni calls him, Messi comes in election," said the headteacher.