Monopoly for Millennials not about real estate

November 19, 2018 Health, unitedstates Comments Off on Monopoly for Millennials not about real estate 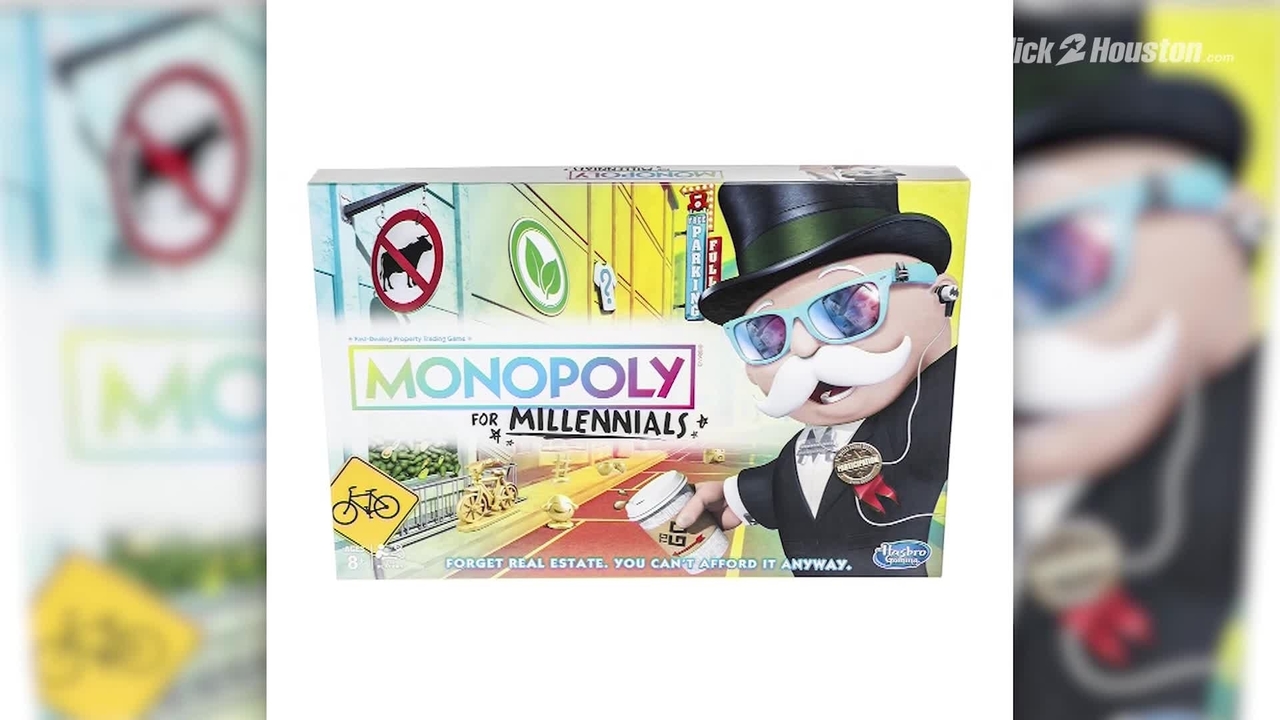 (CNN) – "Adulting" is hard when you're a millennial. Monopoly knows.

So it's come up with a game to give young folks "a break from the rat race," where it's not all about the money.

Hasbro, which manufactures the classic game, released its latest edition of Rich Uncle Pennybags' adventures, Monopoly for Millennials – and yes, it includes avocados.

The game is jam-packed with millennial stereotypes. Not only is Pennybags standing in front of a vegan restaurant, but he's wearing blue Ray-Bans and earbuds, and carrying a coffee to-go cup.

"Well, avocado toast is our 'fav,' Ray-Bans are 'on fleek,' and cameras because, 'pics or it did not happen!' The struggle is real for Millennials, so we chose items that we felt were relatable, but would also make fans of all ages LOL, "the company told CNN in an email.

The game's $ 19.82 price tag appears to be a reference the first year of the millennial generation – though some contend it began in 1981.

Missing the point altogether, third-party retailers are selling the Walmart-exclusive game for a much higher price.

It's not about the money

Forget real estate, "you can not afford it anyway," the board game's box reads. This time it's all about collecting experience by "visiting the hottest destinations."

"From your friend's couch to the vegan bistro to a week-long meditation retreat."

Players are encouraged to find new places to eat, shop and relax and to become involved in community interactions via the Chance and Community Chest cards.

"With many of us being Millennials ourselves, we understand the seemingly endless struggles and silly generalizations that young Millennials can face (and we can not even!), So we created the game to provide fans with a lighthearted experience that allows Millennials to take a break from real life and laugh at the relatable experiences and labels that can sometimes be placed on them, "it said.

While the toy company says the game is just a lighthearted break from adulting, not everyone cares for the joke.

James Knowlton, a 28-year-old millennial from Minnesota, took to Facebook to voice his disapproval.

He told CNN the game is an insult and that it's never "good to kick somebody while they're down."

"This is one of the biggest game / toy companies in the world making the fact that property ownership is impossible for most people my age into a jeering tag line. It's patronizing," he said.

"The whole thing feels out of touch with what my age group actually wants or likes."

Knowlton added, "I feel like something like this would have been more well-received coming from an independent publisher who was poking fun at Monopoly itself, but this is the successful rich Uncle Pennybags who owns everything, sticking his tongue out at you."

Asked about such criticism, Hasbro doubled down with a tongue-in-cheek response:

"We think the game is 'lit' and did not intend for it to be 'salty.' Whether you hit up the artisanal coffee bar on the weekend, live in your parents' basement, or just have a sense of humor, this game's for you. "

Copyright 2018 by CNN NewSource. All rights reserved. This material may not be published, broadcast, rewritten or redistributed.