Motorsport: Teenage F3 driver flies through the air and into media platform in horror crash

November 18, 2018 singapore, Sport Comments Off on Motorsport: Teenage F3 driver flies through the air and into media platform in horror crash 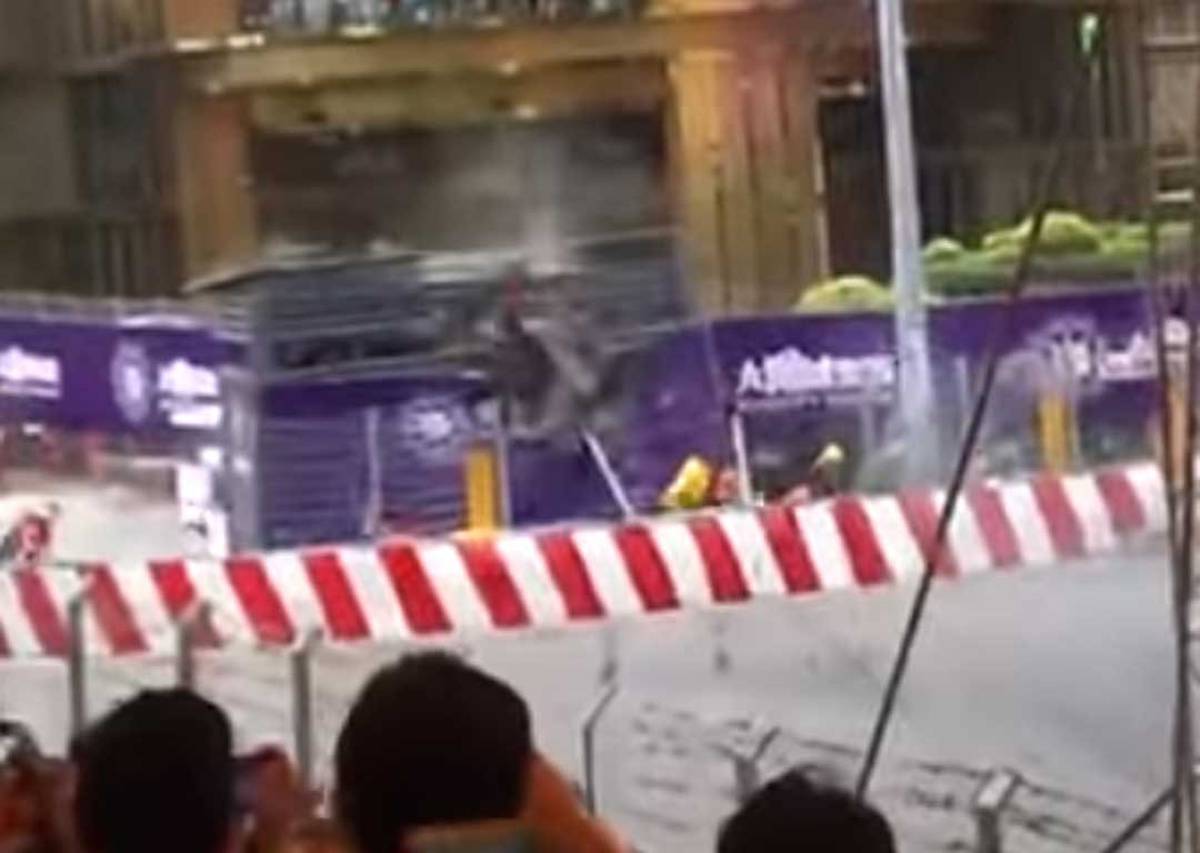 A German teenager race driver has revealed she is 'fine' just hours after a 172mph high-speed Formula Three crash left her with a fractured spine and injured several others.

Sophia Floersch's car flew off the track in a horrifying crash and into a media platform at the Macau Grand Prix on Sunday.

Incredibly, the 17-year-old took to Twitter hours later to reveal she was 'fine' and would be having surgery on Monday morning.

Medical report of Sophia Floersch saying she is conscious, vital signs stable, back pain and spinal fracture without specifying at which level.
This is her crash from the tribune: literally a bullet fired into tribune.
Warning graphics#MacauGP pic.twitter.com/NlFa0O1IDy

"Just wanted to let everybody know that I am fine but will be going into surgery tomorrow morning," Floersch wrote on Twitter.

Just wanted to let everybody know that I am fine but will be going into Surgery tomorow morning. Thanks to the @ hello and @ hwaag_official @ MercedesAMGF1 who are taking great care of me.
Thanks to everybody for the Supporting messages.
Update soon.

'Thanks to the @ fia and @hwaag_official @ MercedesAMGF1 who are taking great care of me. Thanks to everybody for the supporting messages. Update soon. '

Floersh clipped the rail, collided with the back of driver Jehan Daruvala before being lifted into the air by a collision with Sho Tsuboi's car.

That catapulted her Van Amersfoot Racing car into the air and she flew through the fencing and into a platform used by photographers at the Macau track.

Slow motion footage shows the car hurtling towards the platform backwards, as terrified stewards and marshals run and duck for cover on the other side of the barrier.

Floersch's car clips the top of the fence just before hitting the platform, flipping it and seeing the top side smash into the temporary structure.

With debris flying around, the car is momentarily upside down before settling back onto the ground.

Marshals quickly regain their composure and rush to the aid of the teenager and the other injured people.

Japanese driver Sho Tsuboi, who Floersch crashed into, was taken to hospital with back pain.

The marshal hurt in the incident, Chan Cha In, suffered a deep cut to the face, a fractured jaw and an abrasion of his upper abdomen wall.

Photographer Chan Weng Wang sustained a liver laceration and is being observed in hospital, while the other photographer, Minami Hiroyuki, suffered a concussion and remains under observation.

'All were conscious during transit to the hospital and are now receiving medical treatment. Further updates will be provided as soon as possible, 'said the Macau Grand Prix Organising Committee in a statement.

Dramatic footage captured gasps from the crowd as Floersch's machine flew through the air and into safety netting at the Guia Circuit's Lisboa bend, a sharp right-hander.

The German teenager, running 16th, lost control in a contact down the straight, launched off a kerb and bounced off Tsuboi's TOM's Racing car.

A medical report sent to AFP said Floersch was admitted to the emergency room of a Macau hospital with a spinal fracture and vital signs stable.

Before the crash, Floersh had shared her excitement for the Macau Grand Prix on her social media channels.

'Lets get the party started at Macau!' she wrote alongside a snap of herself on Instagram you days ago.

Alongside a picture of herself pulling a face in her car, she wrote: 'Had a bad start and felt not aggressive enough to gain more positions.'

But she appeared to have cheered up later and shared a selfie taken with two police officers on Instagram.