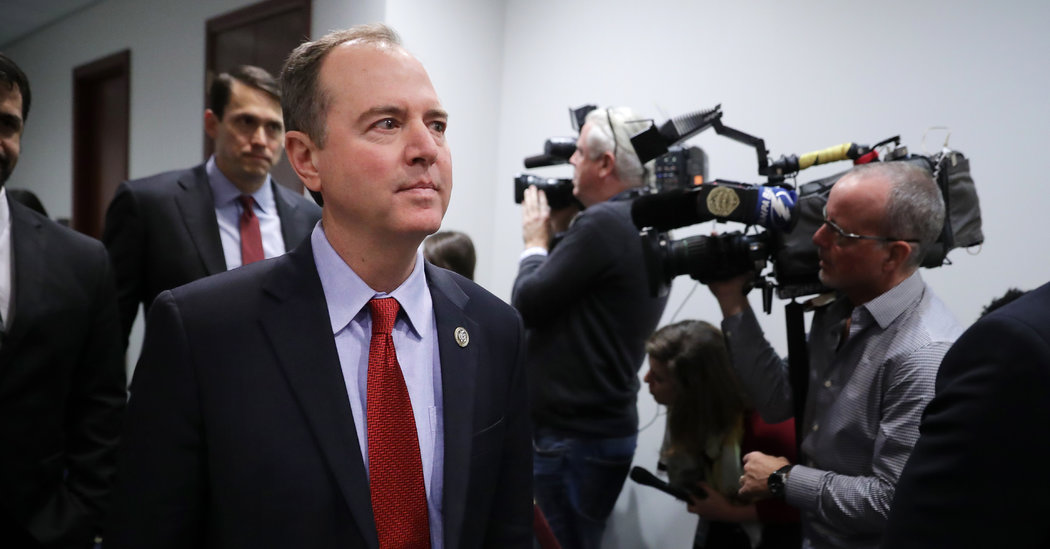 President Trump has a proclivity for tweeting, typos and trenchant nicknames.

In making use of the first habit on Sunday, he alluded to a profanity – and left many wondering which of his other online idiosyncrasies were at work.

In the tweet, the president took aim at Representative Adam B. Schiff of California, a Democrat who is the incoming chairman of the House Intelligence Committee. Mr. Schiff has said that Democrats would investigate Mr. Trump's acting attorney general, Matthew Whitaker, who is charged with overseeing the Russia investigation led by the special counsel, Robert S. Mueller III.

The post quickly set off reactions on social media, as some critics assumed that the president had deliberately misspelled the congressman's name to make it sound like a vulgarity.

"The Office of the President was made for better things than an infantile tweet misspelling a congressman's name like a curse word," tweeted Walter M. Shaub Jr., the former top ethics watchdog for the federal government who resigned last year after going head-to-head with the Trump administration.

The White House did not immediately respond to a request for comment Sunday evening: Was it a nickname? A typo? Both?

Using the word "little" before the names of his opponents is a go-to tactic. He has even used the phrase on Mr. Schiff in the past: "Little Adam Schiff, who is desperate to run for higher office, is one of the biggest liars and leakers in Washington," the president tweeted this year. Inexplicably, he has also called him "Liddle 'Adam Schiff."

But Mr. Trump is also known for typos and spelling errors in his tweets.

People have caught basic spelling errors in Mr. Trump's posts (and more in other statements by his staff), some of them small ("counsel" as "council," "gas" instead of "has," "tapp" for "tap"), some large ("unpresidented" for "unprecedented," "honered" for "honored").

Perhaps most famously, Mr. Trump incited a worldwide mystery with a middle-of-the-night tweet that introduced a new word to the language: "covfefe." We still do not know what that means.

And so, as we debate this new mystery, we can tell you this: Mr. Trump's profanity-adjacent tweet went up Sunday afternoon and had not been deleted by Sunday night.