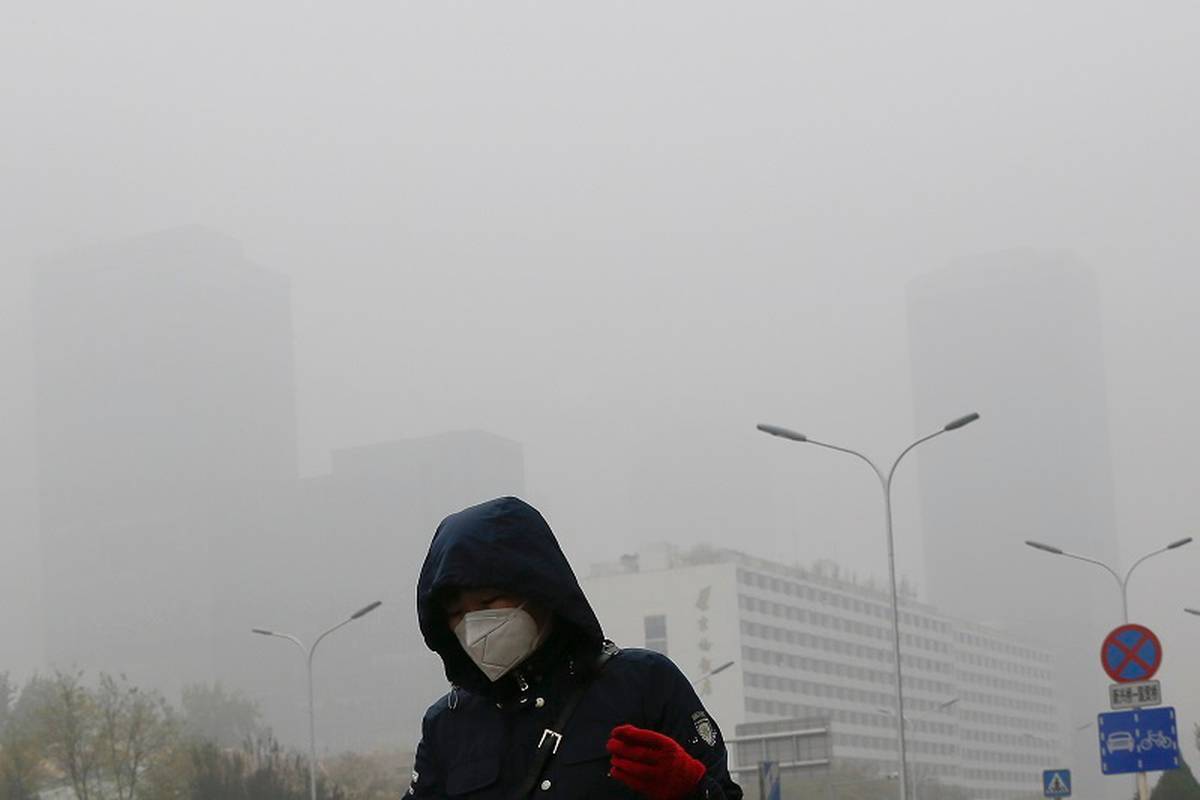 Ambient air pollution is the largest environmental health problem in the United States and in the world more generally. Fine particulate matter smaller than 2.5 millionths of a meter, known as PM2.5, was the fifth-leading cause of death in the world in 2015, factoring in about 4.1 million global deaths annually. In the US, it contributed to about 88,000 deaths in 2015 – more than diabetes, influenza, kidney disease or suicide.

Current evidence suggests that PM2.5 alone causes more deaths and illnesses than all other environmental exposures combined. For that reason, one of us (Brugge) recently wrote a book to try to spread the word.

Developed countries have made progress in reducing particulate air pollution, but much remains to be done to further reduce this hazard. And the situation has worsened in many developing countries – notably China and India, which have industrialized faster and on vaster scales than seen before.

The World Health Organization says more than 90 per cent of the world's children breathe air so polluted it threatens their health and development.

As environmental health specialists, we believe the problem of fine particulate air pollution deserves much more attention. Research is linking PM2.5 exposure to an alarming array of health effects. In the US, the Trump administration's efforts to support the fossil fuel industry could increase these emissions when the goal should be further reducing them.

Particulate matter is produced mainly by burning things. In the US, the majority of PM2.5 emissions come from industrial activities, motor vehicles, cooking and fuel combustion, often including wood. There is a similar suite of sources in developing countries, but often with more industrial production and more burning of solid fuels in homes.

Wildfires are also a growing source, and winds can transport wildfire emissions a long way from fire regions. In August, environmental regulators in Michigan reported fine particles from wildfires burning in California were impacting their state's air quality.

Most deaths and many illnesses caused by particulate air pollution are cardiovascular – mainly heart attacks and strokes. Obviously, air pollution affects the lungs because it enters them as we breathe. But once PM enters the lungs, it causes an inflammatory response that sends signals throughout the body, much as a bacterial infection would.

The smallest particles and fragments of larger particles can leave the lungs and travel through the blood.

The most notable new concern is that it appears to affect brain development and has adverse cognitive impacts. The smallest particles can even travel directly from the nose into the brain via the olfactory nerve.

There is growing evidence that PM2.5, as well as even smaller particles called ultrafine particles, affect children's central nervous systems. They also can accelerate the pace of cognitive decline in adults and increase the risk in susceptible adults of developing Alzheimer's.

Other types of particles also raise concerns. Ultrafines are less studied than PM2.5 and are not yet considered in risk estimates or air pollution regulations. Coarse PM, which is larger and typically comes from physical processes such as tyre and brake wear, may also pose risks.

The progress that developed countries have made in addressing air pollution, especially PM, demonstrates that regulation works. Before the US Environmental Protection Agency was established in 1970, air quality in Los Angeles, New York and other major US cities bore a striking resemblance to Beijing and Delhi today.

But it was not easy. The first regulatory limits on PM2.5 were proposed in the 1990s, after two key studies showed it had major health impacts. But industry pushback was fierce, and included accusations that the science behind the studies was flawed or fraudulent. Ultimately federal regulations were enacted, and follow-up studies and reanalysis confirmed the original findings.

Now the Trump administration is working to reduce the role of science in shaping air pollution policy and reverse regulatory decisions by the Obama administration.

Now is not the time to move away from regulating air pollution that arises largely from burning fossil fuels.