NiCO, Kokoro and The Butterfly announced for Dead or Alive 6

November 18, 2018 Technology, unitedstates Comments Off on NiCO, Kokoro and The Butterfly announced for Dead or Alive 6 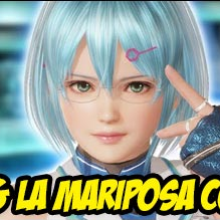 The 18-year-old NiCO is known as "The Lightning Technomancer" and fights using Pencak Silat, a martial art style native to Southeast Asia. She is able to discharge plasma during her strikes to electrocute her opponents and can seemingly teleport around the ring using EMF Rings. She is also the game's second original character along with Diego, who was revealed at EVO earlier this year.

Kokoro is Helena's half-sister who first appeared in Dead or Alive 4. Her gameplay focuses around a variety of elbow strikes, throws and palm thrusts. Unlike her sister, Kokoro is a master of the Ba Ji Quan martial arts style.

La Mariposa is a masked wrestler whose real name is Lisa Hamilton, and she was also a former scientist for DOATEC. Lisa debuted in the series in Dead or Alive Xtreme Beach Volleyball, but it would not be until Dead or Alive 4 where she'd receive her first appearance as a fighter.

Two new stages called 'Zero' and 'Miyabi: The Hidden Garden' are also shown off during the trailer. The first is a research facility built by M.I.S.T, and the other takes place in a quiet town where you can break through to another spot called 'The Hidden Garden.'

Pre-ordering Dead or Alive 6, which is set to release February 15, 2019, will unlock the bonus character Nyotengu along with a theme for PlayStation 4 users or a costume for Ryu Hayabusa on Xbox One. You can take a look at the reveal trailer for all three characters after the jump and screenshots of the fighters in action below.