No. 8 Villanova Wildcats lose to Furman Paladins in OT for second straight loss

November 18, 2018 Sports, unitedstates Comments Off on No. 8 Villanova Wildcats lose to Furman Paladins in OT for second straight loss 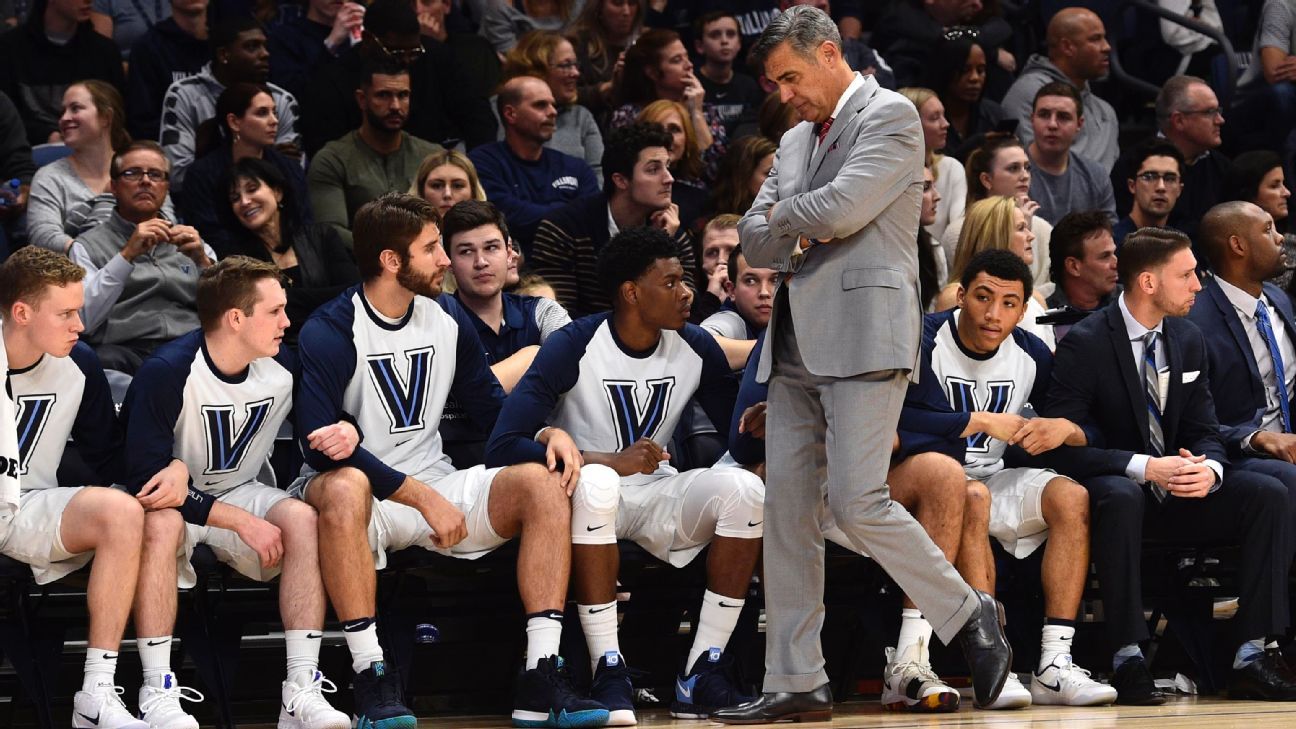 Defending national champion Villanova lost its second game in a row on Saturday, the first time the No. 8 Wildcats had dropped back-to-back games since the end of the 2012-13 season.

Three days after being blown out by No. 18 Michigan 73-46 in a rematch of April's national championship game, Villanova (2-2) lost at home to Furman 76-68 in overtime.

Prior to Saturday, Nova had been the only team not to lose back-to-back games since the start of the 2013-14 season.

According to Elias Sports Bureau research, the most recent reigning national champion to start 2-2 or worse through four games the following season was UCLA in 1995-96 (2-2). Villanova also started 2-2 in 1985-86, the season after its first national title.

The Wildcats had not lost two of their first four games since 1997-98, prior to coach Jay Wright's arrival.

After losing four players from last season's national championship squad to the NBA draft, Wright continues to search for his best rotation. On Saturday, freshman Jahvon Quinerly, a five-star recruit, did not get in the game after playing key minutes in Villanova's first three games.

The Wildcats' depth took a hit Friday when the team announced that redshirt sophomore Dylan Painter will transfer.

It has been quite a start to the season for Furman, which already defeated two Final Four teams from the previous season (Loyola Chicago and Villanova). Junior guard Jordan Lyons also matched the Division I record with 15 3-pointers on Wednesday against North Greenville.

Lyons had a slew of big buckets against Nova on Saturday, including one that put Furman ahead 48-46 with a little over 8 minutes remaining. He, along with senior forward Matt Rafferty, delivered huge buckets in overtime to key a 7-0 spurt that put the Paladins ahead 69-63 in the final minute, enough cushion for them to hang on for the victory in front of a shocked sellout crowd at the recently renovated Finneran Pavilion.

Villanova next faces Canisius in the Advocare Invitational in Orlando, Florida, on Thanksgiving.

ESPN Stats & Information and The Associated Press contributed to this report.