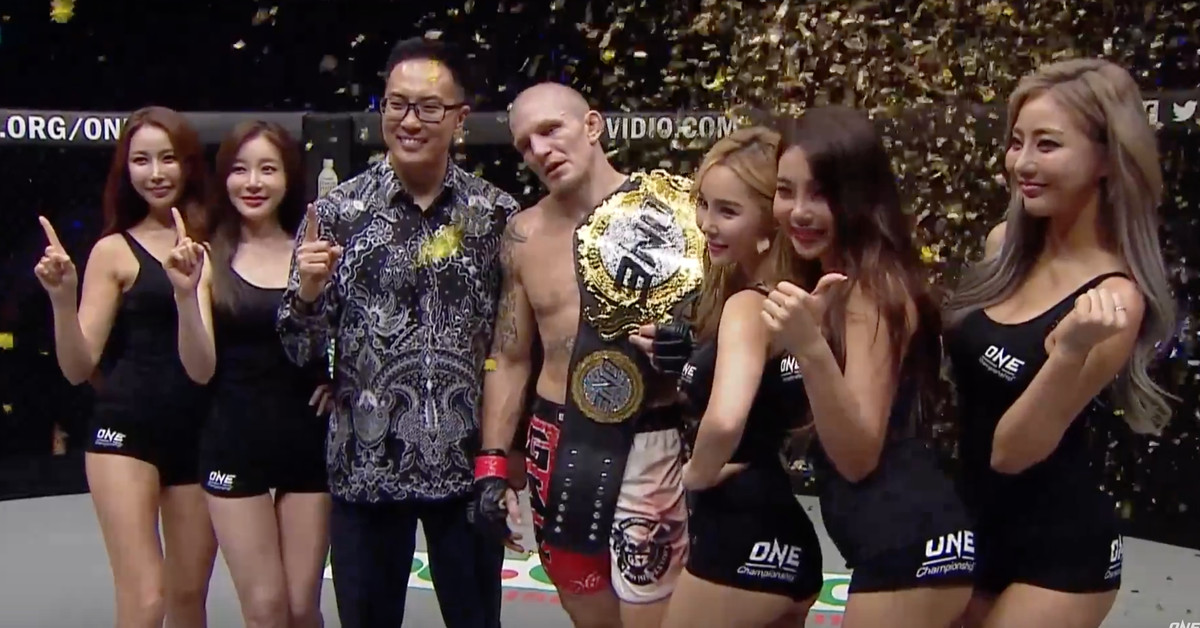 Zebaztian Kadestam handed Tyler McGuire his first professional loss to claim the ONE Championship welterweight title – which was recently vacated by newly signed UFC fighter, Ben Askren – in the main event of ONE Championship: Warrior's Dream in Jakarta, Indonesia, on Saturday.

With 30 seconds left on the clock, the Swede threw a Hail Mary right hand that immediately sent McGuire to the canvas. Kadestam appeared to hit McGuire with a knee to the head as he closed in to finish the fight, before the referee stepped in to stop the action.

Kadestam methodically picked the American apart over the five rounds. He attacked McGuire's calf over the first two rounds and switched his focus to the body in the third and fourth stanzas. He did a fantastic job of evading takedowns throughout the bout and tried to goad McGuire into the exchanges with taunts at any given opportunity.

The looping right hand connected as McGuire was moving backwards, Kadestam chased up the punch with what he later described as his "signature" knee.

Nieky Holzken looked in sensational form in his rematch against Brazilian Cosmo Alexandre, stopping the fight with a devastating uppercut in the dying embers of the second round.

The kickboxing legend brought a lot of fire into the first round, dropping Alexandre with a head kick, and later, a left hook. He put an exclamation mark on his ONE Championship Super Series debut when he caught Alexandre against the fence with the conclusive blow that ended the fight.

Priscilla Gaol was dominant in the striking exchanges against Angelie Sabanal, but was forced to give her full attention to the Filipino's rear-naked choke attempts in the second and third rounds.

The Indonesian got a huge pop from her home crowd when she dropped Sabanal at the beginning of the third round. She showed some savvy on the ground when she turned into her opponent as she threatened with a submission later in the round.

Japanese submission specialist Hayato Suzuki wasted no time in taking Pongsiri Mitsatit to the deck to force the tap from the Thai flyweight. Suzuki used Joshua Patia's "passion lock" – the technique that stopped Mitsatit in his last outing – before securing a rear-naked choke two minutes into the contest.

Anthony Engelen made the most of his short notice call up on the back of his head kick knockout win over Meas Meu eight days ago in Singapore. The Dutch fighter made it two wins in as many outings for One Championship when he latched onto a rear-naked choke, which stopped Jimmy Yabo at the midpoint of the first round.