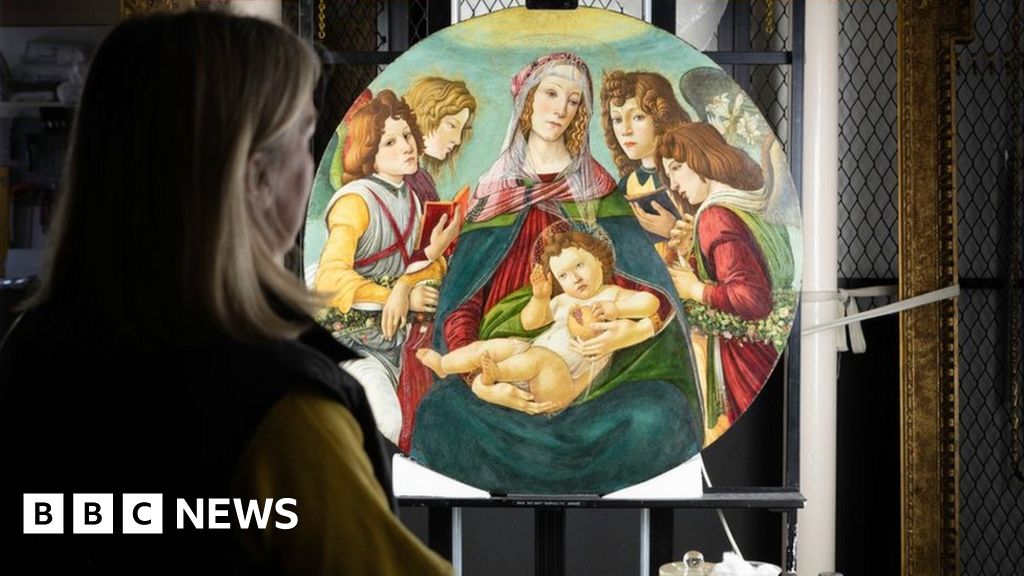 Experts who are cleaning up a bad sketch of Botticelli's painting have found that it was created in the Renaissance master's studio itself.

It was thought that the work was another copy of the Phomegranate's Maiden, painted by Sandro Botticelli in 1487.

But the curators of English Heritage changed their minds after they had taken out a yellowish blossom from the painting.

It has been shown that he came from a Botticelli workshop in the 15th century in Florence.

English Heritage said it had consulted experts at the Victoria & Albert Museum and the National Gallery to establish the provenance of the photograph.

Rachel Turnbull, curatorial at the English Heritage collections, said: "Stunningly he was like a figure, he was at the right time, was technically correct and was painted a poplar, a populist. T is commonly used at the time.

"After removing the yellow varnish, X-ray and infra-red submarine study, introduced changes in the most recent original version of direct changes."

The photograph was taken as a more recent copy by an unknown artist as he gives details of the biggest format which can be seen at the Uffizi Gallery in Florence.

“Botticelli, other Florentine photographers, had an active studio that produced variants and variations, perhaps on lower prices, of popular works,” according to Professor Paul Joannides, Professor Emeritus. in Art History at the University of Cambridge.

“It is only recently, with more developed scrutiny arrangements in scrutiny, that the quality of these images can be – largely – decided.”

It is now thought that the photograph at Rangers House and Heritage Heritage at Greenwich, London, was the closest favorite to Botticelli's work in 1487, which features Virgin Mary. the child of Christ's beast and pomegranate, with angels all around them.

It was bought by Julius Wernher, a diamond warrior, in 1897 and kept by his art collection at the Georgian house in Greenwich.

The Madonna of the Pomegranate is to be performed at Ranger House from 1 April.

We went on Facebook, on Twitter @BBCNewsEnts, or on Instagram at it news accounts. If you have an email with a story telling you [email protected],