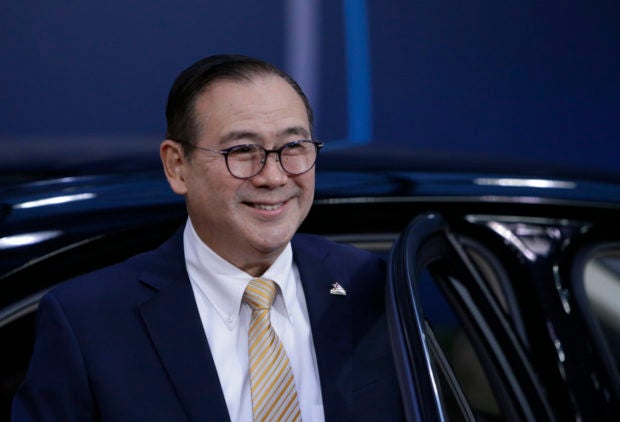 On Wednesday, Teodoro Locsin Jr. and the Japanese Ambassador to the Philippines Koji Haneda named the exchange of notes for a P77.4 billion grant to start one of the banner projects under the Duterte President's Build Build Build program.

The loan was represented to & # 39; The first step of official development aid (ODA) for the entire NSCR P777-billion system.

It was jointly funded by the Japanese International Cooperation Group and an Asian Development Bank.

The extension will extend two parts (Clark and Calamba) Level 1 of the NSCR (Tutuban to Malolos) with 53 km north and 56km south.

It was agreed by the National Economic and Development Commission on 15 November and it was anticipated that there would be much transport in Metro Manila to develop.

Once it is completed, there will be 36 stations, 58 eight trains, eight cars and a double rail system with a highway; connect Central Luzon, Manila Metro and Calabarzon (Cavite, Laguna, Batangas, Rizal, Quezon).

It was expected that the system would serve 340,000 passengers per day when some of it started working in 2022. It is expected that it will be fully operational by 2023.

Signs on exchange of notes on the railway project also came two weeks after the two countries received a P18 billion loan for the revival of 43 months MRT 3.

Finance Secretary Carlos G. Dominguez III said the Philippines had been "satisfied" with the pace of negotiations for Japan and China funding for "big ticket projects".

Dominguez said the help of ODA from Japan and China "was both very relevant and making good progress on both sides."

Last Tuesday, the Philippine and Chinese governments named several agreements to cover economic cooperation as well as the development of infrastructure.

Dominguez asked: "I do not know if they are going to compete, but I think many countries around the world are taking especially to the Philippines especially since President Duterte has re-defended our nations. "

"He has focused on our neighbors," said Dominguez.

"Do not forget, as well as China and Japan, that South Korea has a great deal of help for us," he said. "Indeed, their commitment is about $ 1 billion," said Dominguez.

Japan and Japan had promised $ 9 billion earlier to the Philippines, including loans and donations for their clients; program Build, Build, Build.

Through Build, Build, Build, the government hoped to bring about 75 "changing game" projects, with around half finished within Mr Duterte's term.

The government planned to spend more than the P8 trillion for the projects to 2022 for users in the "golden age of infrastructure."