QI upgraded investments in Q1 up 60%

April 1, 2019 philippines Comments Off on QI upgraded investments in Q1 up 60% 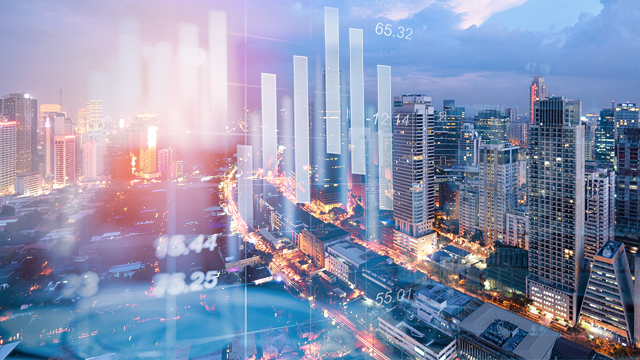 After hitting a small bump in the first two months, the Secretary to the Board, Ramon Lopez, says that the Board of Investments on the way to meeting the P1 trillion target for 2019 is complete.

CHANGE OF CHANGE. By investing in local and foreign investments over the first period of decline, Ramon Lopez's Secretary of Trade says they are still seeing growth in investment commitments for the rest of the year.

MANILA, Philippines – Despite the falling middle of commitments, the Board of Investment (BOI) came to an end on the first quarter of 2019 with a 60% year-by-year increase in agreed investment.

From January to March this year, total P243 billion investment commitments reached higher than the first quarter of P152.1 billion 2018. Home commitments made a majority of deposits with a P212.2 billion, 40% more t year ago

The letter continued despite an increase in foreign investments, raising this year a higher level of increase from P792.8 million in the first quarter of 2018 to P30.8 billion.

Most foreign investments arrived from the Netherlands, which contributed some P9.1 billion, and then Thailand and Japan with P8.4 billion and P5.3 billion, respectively. The USA came fourth with a P2.2 billion in commitments.

BOI Ramon Lopez, investment secretary and chairman of the THI Ramon Lopez, said domestic appliances were showing how they are confident in maintaining sustainability last year, when the BOI had won P915 billion in an agreed investment.

“We expect the trend to continue for the rest of the year with the aim of allowing at least P 1 trillion of total investments,” he said.

In the first three months of this year, projects in the electricity and electricity sector had seized most of the investment commitments put in at P148 billion. The sector has been a key resource of January promises.

The BOI in particular has been identified as the presence of the thermal power plant at St Raphael Power Generation Corporation of Calaca, the Batangas rated at P96 billion and the Rizal Wind Energy Corporation renewable energy project in Rizal and Quezon at P47 billion .

Before agreeing energy-related projects, the BOI Ceferino Rodolfo Leader said in a statement that he must go through a rigorous evaluation process.

“In addition to technical and financial assessment and assessment of the demand gap, the Energy and Environment and Natural Resources Departments will require a positive official confirmation,” he said.

“We also urge those who are committed to supporting much tighter standards of local and international requirements. The failure of these promises would mean that this would have passed.

In addition to the power sector, the two largest resources of the sector's investment investments, which have been P43 billion, and P33.2 billion in information and communications technology.

Special projects from both areas are: t

Calabarzon was the main property, receiving P162 billion in the first three months only. Central Luzon and the National Capital Department continued with P25.9 billion and P6.1 billion respectively. –Rappler.com