Preston: In the week-to-week NFL, it's all about survival, and the Ravens did enough Sunday to remain relevant

November 19, 2018 Sports, unitedstates Comments Off on Preston: In the week-to-week NFL, it's all about survival, and the Ravens did enough Sunday to remain relevant 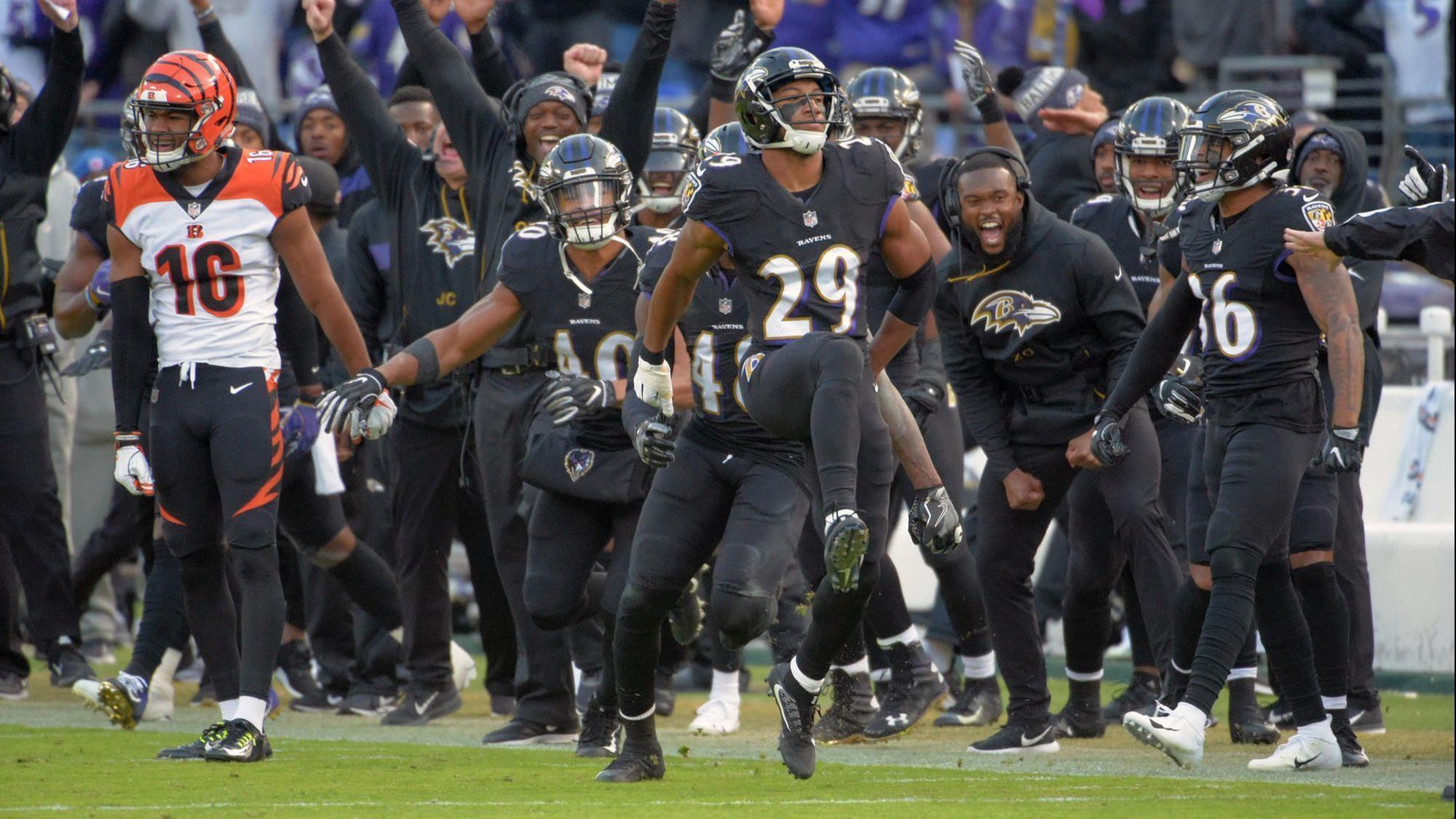 No one in Baltimore should be breaking out the champagne glasses or drinking purple bubbly or Kool-Aid.

But the Ravens beat the Cincinnati Bengals, 24-21, on Sunday at M & T Bank Stadium and they are a .500 team again. It's not a big deal, but imagine if they had lost.

There would be talk about the replacement for coach John Harbaugh and running off older players like quarterback Joe Flacco, Terrell Suggs and Eric Weddle. There would be a demand for other changes, from the mascot to a new DJ to play music for home games.

Instead, the Ravens are still contenders. They would like to be a game or two ahead in the first place in the division race, but they are still in competition for a wild-card spot. And right now, that's all you can ask because the NFL is a week-to-week league. It's about living for the next game and having the opportunity to still reach the ultimate goal.

Let's preface everything about the win Sunday by stating it was against the Bengals. Cincinnati entered the game with the No. 25-ranked offense in the NFL and the world's worst defense at No. 32. It could not run or stop the run and ditto for the pass.

In other words, the Bengals were filthy, almost worthless.

But the Ravens had lost three in a row and four of their past five, so it was not as if they were a top team in the league either. In fact there is still a lot of doubt.

But one win is a prelude to going on a roll. And if the Ravens can put a couple of wins together, especially at the end of the season, then maybe they can dream the dream. That's the goal, but that would not have been close to realistic if the Ravens had lost to Cincinnati.

There were no pretenses coming from the Ravens about the win Sunday.

"Very proud of our players because it was not pretty, was not perfect, but it was us," Harbaugh said. "It was the Ravens and we won the football game."

And certainly Harbaugh knows that the Ravens will not beat the good teams in the league with rookie quarterback Lamar Jackson running the ball 27 times for 117 yards. This is the NFL, not Ohio State versus Michigan from the 1960s and 1970s.

"That's the difference with a running quarterback. That's why the quarterbacks do not run forever in the NFL. Sooner or late, they get hurt and they do not run the same. "

Harbaugh knows the dangers of having his quarterback take so many hits. He knows he has to throw the ball downfield and get his wide receivers more involved in the game plan than the eight passes they caught. But Sunday was about survival, and the Ravens succeeded with an offense built around Jackson's running ability.

The defense played well and they shut down one of the best running duos in the league in backs Joe Mixon and Giovani Bernard.

Outside linebackers such as Suggs and Matthew Judon were diligent in holding the edge, and defensive linemen like tackles Brandon Williams and Michael Pierce got enough penetration and pressure to consistently interrupt the Bengals offense.

Just as importantly, cornerbacks Jimmy Smith and Marlon Humphrey were physical and got their hands on receivers, the first time that has happened in recent weeks. The Ravens still have problems on defense. They do not have safeties who can cover. The pass rush can disappear at times, too.

But they can work on those things and other problems with more motivation because of the win. If they had lost, we'd be talking about whether Harbaugh had lost control of the team and whether the Ravens would play hard for him for the remainder of the season.

Instead, Jackson won his first game as a starter, which is a good omen because Flacco is probably out for another week with the same hip injury. The Oakland Raiders will come to town Sunday and they are horrible.

And if the Ravens win that one to climb to 6-5, then everybody starts feeling better about this team again. No bottles of the purple stuff will be opened after that one either, but with this team it's about survival.

And it's going to be week to week.