Researchers here and beyond look for alien worlds | Science & Technology

November 17, 2018 Science, unitedstates Comments Off on Researchers here and beyond look for alien worlds | Science & Technology 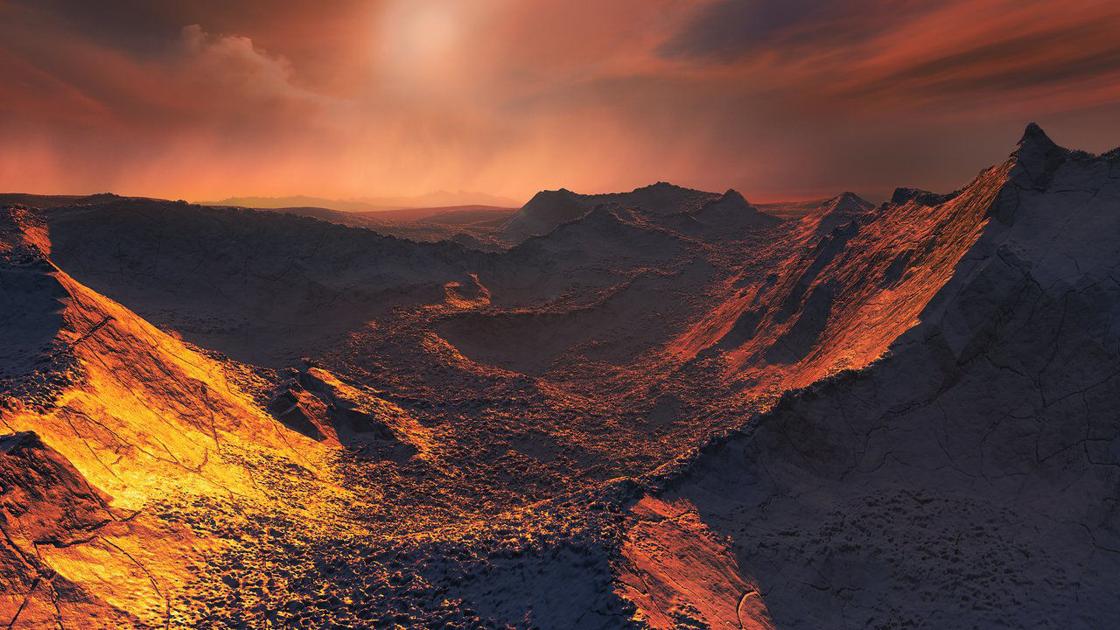 G ranite Staters, look up: In the faint shimmer of a star above you, astronomers have discovered evidence of an alien world.

The proposed new planet is unlike anything in our own solar system, the researchers say – larger than Earth but smaller than Neptune, and far enough from its dim, red sun that any water on its surface is locked away in ice.

But this frozen "super Earth," the second-closest exoplanet known to science, is a tantalizing clue to what else might be out there. And in the not-so-distant someday when telescopes become capable of photographing planets around other stars, it may well be the first new world we see.

"We're moving from science fiction to science reality," said Carnegie astronomer Johanna Teske, who contributed to a study of the new planet published last week in the journal Nature. "There's so much possibility there."

The exoplanet's sun, a tiny body known as Barnard's Star, is one of our solar system's nearest neighbors. The only stars closer are the triplet stars of the Alpha Centauri system, which is mainly visible in the southern sky. One of those stars, Proxima Centauri, is orbited by a small planet, but the star's tendency to spew flares of deadly radiation means its planet is unlikely to be habitable.

Students in the Department of Physics and Astronomy at the University of New Hampshire are studying planets just like this so-called super Earth.

Exoplanets are of interest to students at the college because there is so much room to perform cutting edge research into what exists on these planets that have been discovered within the past two decades, according to UNH Observatory Director John Gianforte.

Gianforte said since the first scientific detection of an exoplanet was made in the mid-1990s, almost 4,000 planets have been confirmed in more than 2,800 systems.

"Some of them have seven or eight planets," Gianforte said of the systems discovered. "The Holy Grail is to find Earth-like planets."

That means finding a planet with liquid water on it which could sustain life as we know it, Gianforte said.

Barnard's Star has long been "the great white whale" of exoplanet hunting, said Carnegie astronomer Paul Butler, a co-author on the Nature paper. It's just six light-years from our sun, and possibly twice as old. One of the main architects of exoplanet research, the astronomer Peter van de Kamp, proposed more than 50 years ago that this star could host a planet. In the 1970s, British astronomers studied the possibility of sending an uncrewed starship to probe the alien system – even though there was not any evidence a planet existed to be explored.

But it was not until the first exoplanet discovery was confirmed in 1995 that the search for a world around Barnard's Star began in earnest.

This red dwarf is a 10th the mass of our sun and too faint to be seen with the naked eye. But its low mass makes it ideal for analysis using the radial velocity technique of exoplanet detection, which exploits the way a planet's gravitational pull makes a star wobble as it orbits around it.

A slew of telescopes on three continents have set their sights on Barnard's Star, allowing researchers to accumulate some 800 observations over the course of 20 years. The study authors also drew on data collected by amateur astronomers.

It took the combined efforts of more than 50 researchers at some two dozen institutions, but "slowly a signal in our data came out of all the noise," said astronomer Ignasi Ribas, who is director of the Institute of Space Studies in Catalonia, Spain , and the lead author of the Nature paper.

Yet much about the planet around Barnard's Star remains uncertain. Astronomers are not sure if it's rocky like Earth or built of gas and ice, like Neptune. They know it must be at least three times as massive as Earth, but it could be even larger.

They are not even 100 percent certain the planet is there, Ribas noted. The research pushed the limits of the radial velocity detection technique, which becomes more difficult the farther a planet is from its star. Mathematical models suggest there is still a 0.8 percent chance that Barnard's Star's apparent wobble is caused by some other factor, like sunspots. For that reason, the exoplanet is deemed a "candidate," rather than a confirmed discovery.

Nick Larose is from Derry and is a senior at UNH. He is one of the students at the college performing exoplanet research.

The 22-year-old plans on pursuing a career in astronomy and said they take the information gathered by space telescopes such as NASA's Kepler equipment and work to determine if what was seen is, in fact, a planet orbiting a star.

Larose said he is excited by the research and his results so far.

"I get to actually see astronomical events happen," Larose said.