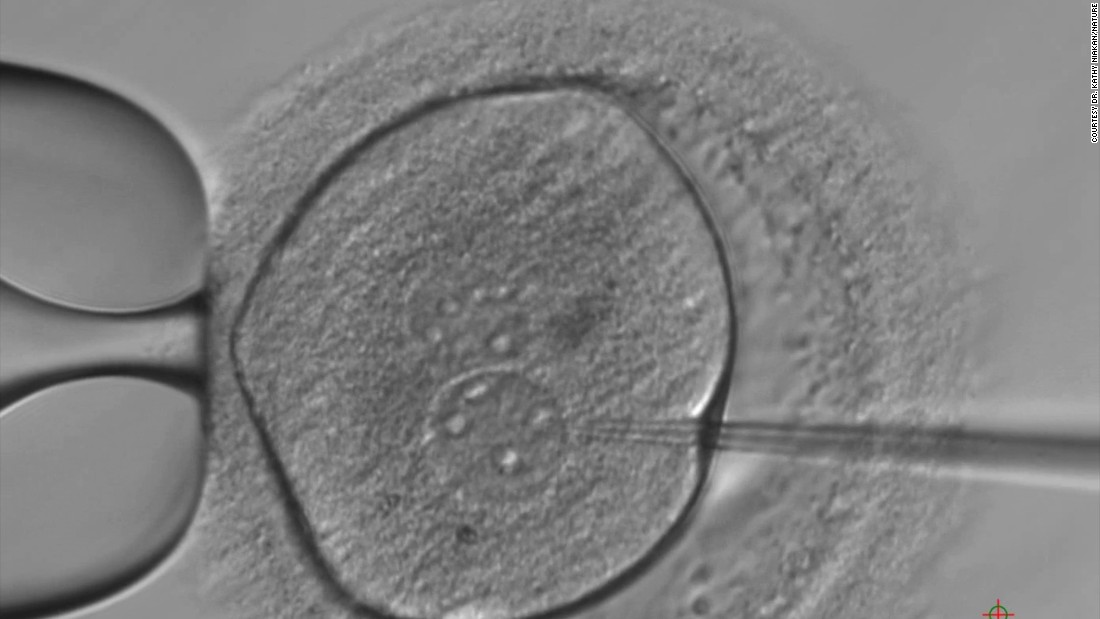 He claims that he used a tool called CRISPR-Cas9, which can insert or deactivate certain genes, to alter the DNA of several embryos to make them resistant to HIV.

Two babies, twin girls named Lulu and Nana, were supposedly born a "few weeks ago," He announced in a video on YouTube, saying they were "as healthy as any other babies" and were home with their parents, Grace and Mark.
He is scheduled to present his work Wednesday at the Second International Summit on Human Genome Editing conference in Hong Kong.
Worldwide reaction to He's announcement was swift. Hundreds of Chinese biomedical and AIDS researchers issued statements condemning the research. Several scientists said the experiment was "monstrous," "premature, dangerous and irresponsible." The Chinese government announced an "immediate investigation" to verify He's claims, questioning the ethical approval process and wondering whether the families were adequately informed of the nature of the experiment.

Deem did not respond to CNN's calls and emails but told The Associated Press that he was in China with the families at the time they gave consent and "absolutely" believed they understood the risks.

Deem also said he holds "a small stake" and is on the scientific advisory board of two of He's companies.

Rice University said it did not believe that any of the clinical work was performed in the United States, but "regardless of where it was conducted, this work as described in press reports, violates scientific conduct guidelines and is inconsistent with ethical norms of the scientific community and Rice University. "

While at Rice, Deem has worked extensively on influenza vaccine efficacy, immune system modulation and HIV. Deem also says a research interest is the "mathematical model of evolution that accounts for cross-species genetic exchange."
A recent paper on math modeling for flu was co-written by biomedical ethics researcher Kirstin Matthews at Rice University's Baker Institute for Public Policy.

Matthews wrote in an email that she "was surprised yesterday, like many others, to find out that Professor Deem was involved in this research." Adding that she had only recently began working with Deem, she said she had not "seen anything to suggest that Professor Deem's scientific work is in question," nor did she believe any data in co-authored paper was affected.

"Had Professor Deem informed me of his work using CRISPR on human embryos to develop a baby, I would have recommended extreme caution using this technology on human embryos and to wait for more data on risks before using manipulated embryos for pregnancies," Matthews wrote.

According to a news release on the Rice University website, He became a graduate student under Deem in 2007 and co-wrote several papers "of tremendous significance" with Deem.

He, who the university says was "the son of rice farmers in Hunan Province in China," was lead author with Deem on a paper presenting a mathematical model that could determine within two weeks whether a new strain of the influenza virus should be included in the annual seasonal flu vaccine. The model's World Health Organization takes up to six months.

"Jiankui is a very high-impact student," Deem said in 2010. "He has done a fantastic job here at Rice, and I am sure he will be highly successful in his career."

CNN's Oscar Holland and Serenitie Wang contributed to this report.