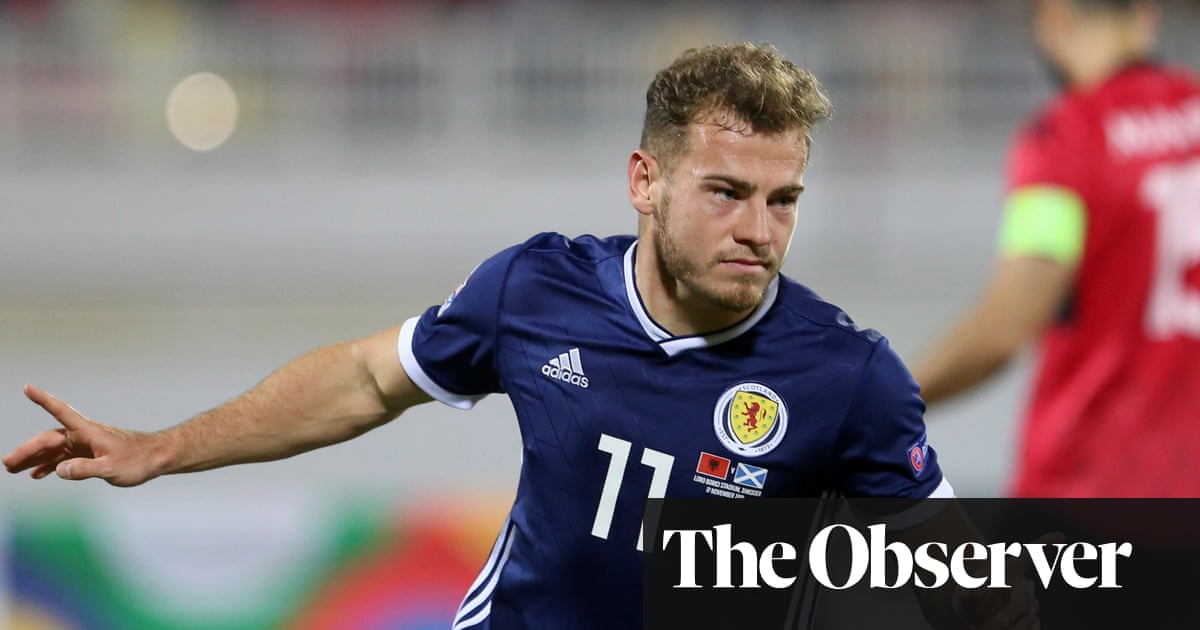 Scotland are within 90 minutes of promotion from the third tier of the Nations League after an emphatic 4-0 win over 10-man Albania at the Loro Borici Stadium in Shkoder.

Ryan Fraser's first international goal after 14 minutes gave the visitors the lead before home skipper Mergim Mavraj was sent off six minutes later by the referee, Vladislav Bezborodov, for a headbutt on Ryan Christie.

Steven Fletcher scored with a penalty just before the interval and James Forrest grabbed a double in the second half, his first two goals for the national team, as the Scots coasted to three valuable Group C1 points.

They may have had a man advantage for the majority of the match but it was a morale-boosting win for Alex McLeish's side, who moved on to six points with Israel.

A win of any kind against Israel at Hampden Park on Tuesday night will secure a play-off place for the 2020 European Championship.

The Hamburg defender David Bates, a late call-up, was handed his debut in an attacking line-up and he partnered Scott McKenna, with the Cardiff attacker Callum Paterson in at right-back.

Sheffield Wednesday's Fletcher was asked to lead the line, supported by Forrest and Fraser, who was making his fifth appearance for Scotland.

The Bournemouth winger's goal came when he took a pass from midfielder Christie, turned on to his right foot inside the box and curled the ball past Etrit Berisha and into the far corner.

However, when Mavraj was dismissed for putting his head on Christie, when play was stopped for the captain's foul on Forrest – he was shown a yellow then a red – the game had turned Scotland's way.

However, seconds before the interval, after Christie was fouled by Ismajli just outside the box, Scotland doubled their lead.

Stuart Armstrong's free kick was judged to have hit the hands of Rey Manaj – perhaps fortuitously for McLeish's men – and Fletcher sent Berisha the wrong way with his spot kick.

There was only 10 minutes played in the second half when Forrest raced through the middle on to a Christie pass and beat Berisha with a right-footed drive, the keeper getting a hand to the shot but unable to keep it out.

It was clearly Scotland's night and the 2,000-plus traveling supporters were in raptures. Berisha saved a long-distance drive from Armstrong before Bates had the ball in the net only to be ruled offside.

However, the next goal arrived in the 67th minute when Fraser set up Forrest for the Celtic player to skip past defender Frederic Veseli and volley in from 12 yards.

Substitute Scott McTominay, on for Armstrong, skimmed the bar with a left-footed drive in the 78th minute as Scotland dominated the bedraggled home side and they will now look for one big effort against Israel on what is set up to be a thrilling night at Hampden Park.